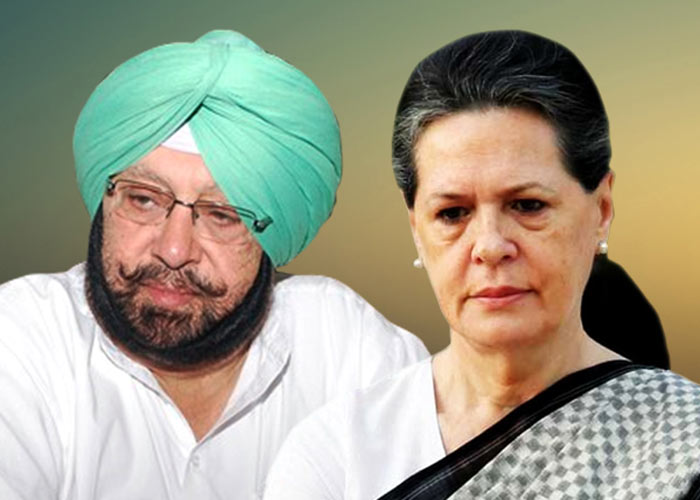 Punjab Chief Minister Captain Amarinder Singh on Friday reviewed with Congress interim president Sonia Gandhi the progress in the implementation by his government on the promised made in the party manifesto for the state.

The exercise was part of a meeting convened by Sonia with all the Congress chief ministers to assess their respective government’s success in executing their various plans and policies, in accordance with the poll promises.

Captain Amarinder later told media persons in an informal chat that he had apprised Sonia that of the 161 promises made by his government, 140 had been implemented while the remaining were in the process of execution.

The Chief Minister also informed the party president of the key programmes implemented successfully by his government, including employment generation, drug eradication, farm debt waiver and the extension of PMJAY health insurance cover to 42 lakh families in the state, among others. The Chief Minister said the party president particularly appreciated the success of his government in raising on-ground investment to the tune of over Rs 50000 crore during the first two years of his government and the extension of PMJAY scheme to cover almost the entire population in the state.

Captain Amarinder said they had also discussed the problems faced by the state government in implementing some of the projects of the Government of India due to financial and other constraints.

The issue of greater coordination between the party and the government in the Congress-ruled states also came up for discussion, said the Chief Minister. He added that he had assured the party president that his government was working closely with the elected representatives to reach out to the people across the state and ensure the fulfillment of their aspirations.

The MLAs were giving regular inputs and feedback to the administrative authorities to facilitate greater coordination between them, leading to focused efforts to address the problems of the people, said Captain Amarinder.

The Punjab Chief Minister described the review meeting as a fruitful exercise to strengthen the governance system in the Congress-ruled states. He said that Sonia used to have such review meetings with him during his earlier tenure also.