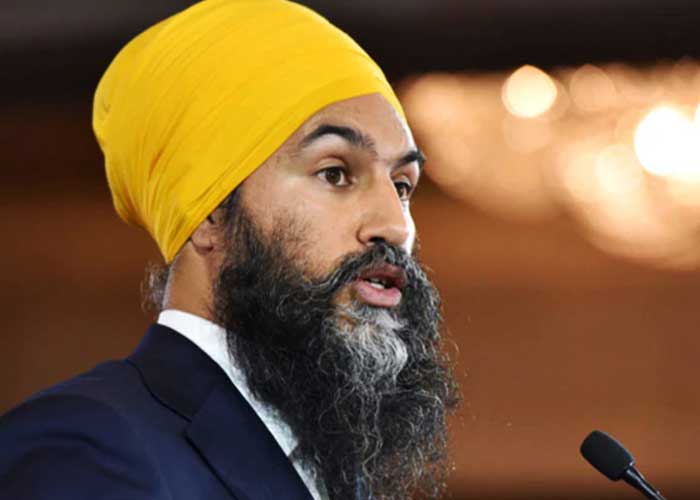 Jagmeet Singh, the leader of Canada’s New Democratic Party (NDP), has refused to apologize for calling an MP racist in Parliament, saying that doing so would be the same as apologizing for standing up against systemic racism, it was reported.

The comment on Thursday came a day after Speaker Anthony Rota kicked Singh, a turbaned Sikh who is the first visible minority to lead a major national Canadian political party, out of the House of Commons or the lower chamber of the bicameral Parliament for calling Bloc Quebecois MP Alain Therrien a racist, CBC News reported.

Speaking during a show on CBC Radio on Thursday, Singh said he made the remark after Therrien was the only MP who could be heard audibly objecting to an NDP motion for the House to acknowledge that systemic racism exists within the Royal Canadian Mounted Police (RCMP), support a review of the force’s budget, call on the police force to release all of its use-of-force reports, and demand a review of how police interact with the public.

“We’re in a moment where people have taken to the streets in the thousands across Canada in communities small and large. It’s been really special to see, even in small communities, people saying, ‘You know what? Black lives do matter. Indigenous lives matter’,” he told the show’s host.

Singh further said that when the motion was presented, he heard a lot of “yays”, but Therrien was the “one person in the entire House of Commons saying no”.

“Racism sends a message that people don’t matter. And in that act, it made people feel like they mattered. And I don’t want to take that away from people.

In recent weeks, police in Canada have come under scrutiny for the police shooting of an Indigenous woman in New Brunswick during a wellness check, footage of RCMP officers beating a First Nations chief in Alberta, video showing an RCMP officer hitting an Inuk man with a truck door, and the death of a Black-Indigenous woman in Toronto who fell from a balcony during a police encounter, CBC News reported.