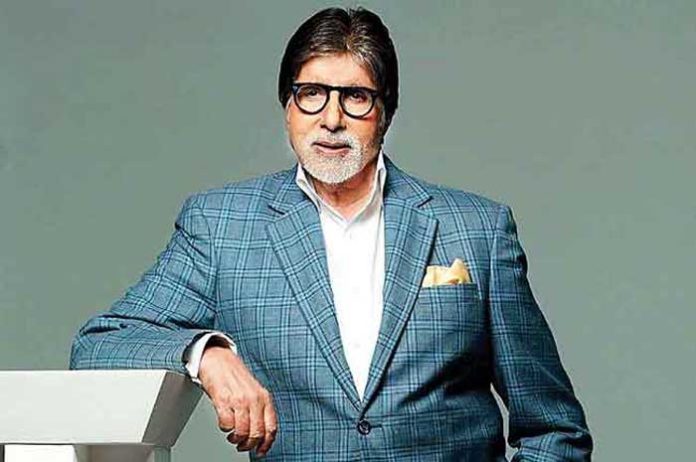 Remember the first Liril soap ad? Few who have lived through the 1980s would forget it. The legend with the ad read: ‘Come Alive With Freshness. And just about everything, from props to the accompanying jingle to the model, complemented the caption. However, the best thing about the ad was its model, Karen Lunel.

Most of all, the Liril ad had what they called – and it used to be the watchword of the advertising industry – a Recall Value, which has been everlasting in the case of that ad.

That was the era when ads created celebrities out of models. Now, it is the other way around. The ad-makers have resorted to a short cut. Go for the celebrities for endorsements. And, save for a few cricketers like Virat Kohli and Mahendra Singh Dhoni, who get the best deals, rest just add to the crowd.

The advantage with crickets is that they enjoy all-India following. When it comes to Hindi film stars, their appeal remains limited to the Hindi following regions. Also, save for somebody like Amitabh Bachchan, they don’t enjoy the popularity in the South that they do in the Hindi film circuits. In which case, the same ads with same storyboards have to be reshot for the South market with local stars.

There were many ads and radio jingles which had lasting value, and still remain popular when it comes to social media discussions when the topic arises. The country started its radio commercial services rather late, in 1967, and radio entertainment was available till only around 10.30 pm. Radio became the major medium of advertising.

In India, people don’t even read a newspaper article byline which in print is usually at the beginning of an article or news. For people to know the voice or face behind a radio jingle was impossible. Except for people like Ameen Sayani, few could earn fame through radio. So what made radio ads a hit was the jingles which, again, carried on to the TV.

With TV came the newer challenge, that of the visuals to go along with the jingle. And, some of them really caught the imagination, and have survived on the same tunes till date after a period of 30 or more years. The examples are a plenty. While the Liril soap is one of them, we have also had Nirma washing powder, Tinipol, Amul, Saridon, Vicks Vaporub, Vicks cough drops, Kingfisher, Vicko Vajradanti, Nerolac, MDH, Fevicol, Lifebuoy soap and many such.

There was an anti-smoking ad, which has no record on net, from the eighties or so – something like feeling like a man! There was this young lad who starts to smoke. He thinks he is now a man, grown up. His girlfriend admires him for smoking, too.

In the end, he is a sick man coughing and awaiting his ultimate demise; there is no one around, no girlfriend. That, I would rate as the best anti-smoking ad ever and needs to be recalled. Social message ads were not as prevalent as they are today. This was a rare one.

If the Liril soap ad could prove to be evergreen, what is wrong with the ads today that every top film star endorses?

The reasons are numerous. For one, there is no freshness, there is no exclusivity, there is no solid written content to back a campaign and, worst of all, a filmstar promotes multiple consumer products at a time, each following the other on the same TV show!

Most of all, these ads often have little to do with the public image of the star. Public perception about them does not match up to the campaign they model!

Take the example of Amitabh Bachchan, who is seen begging for a cola drink from a lesser celebrity, Arshad Warsi. Now, that is not the Amitabh one knew from “Zanjeer” to “Deewaar” to “Trishul”. Fine, he has tried to mingle and prove himself to be just another normal human being, an aam aadmi like rest of us, through “Kaun Banega Crorepati” and these ads. But, his image is still larger than life for the endorsements he does.

There is a joke on Amitabh Bachchan who endorses Muthoot Finance as well as Kalyan Jewellers. On the Kalyan ad, he advises you buy gold while on Muthoot ad, he suggests you release your blocked cash by mortgaging your gold! Which ad does one take seriously?

Stars are assigned ads just because they are stars. And, they do it for the money while the sun shines. Shah Rukh Khan promotes Big Basket saying ordering kitchen stuff is his job at home. The turnover gives no credit to the brand ambassador so there is no way of knowing how effective a campaign is. Sunny Deol is a non-drinker but agreed to endorse an alcohol brand. Did it work? It did not.

The endorsement industry follows or thinks it follows a star’s popularity. So, not very long ago, we had Ranveer Singh promoting just about everything that was in the market. He was omnipresent on television ads during commercial breaks. Since then, those who call the shots have shifted their loyalties to the likes of Ayushmaan Khurana and Rajkumar Rao among others. Not many character artistes were chosen to promote brands. Now, there are a few exceptions with Pankaj Tripathi getting a lot of work on that front as do Sanjay Mishra and Paresh Rawal. Earlier, Irrfan Khan was much in demand till his had to withdraw dud to his ailment.

The ad world was a lure. Actors complied to do what they neither believed in nor practiced in real life and the alcohol ads proved more addictive for them then their principles. Sunny Deol and Akshay Kumar, both teetotallers, did not mind endorsing alcohol. Alcohol ads are banned in India so to say though unabashedly promoted through surrogate advertising. Thankfully, cigarettes are not. There are many such cases where the actors go against their grain to promote a harmful product even if they don’t endorse it in real life, say, Ajay Devgn endorsing a paan masala brand.

When an actor does this, as in things against their basic nature and conviction, it is all about money, right? Earlier, the stars made their extra income from various stage shows performed abroad. That trend is out now. Brand endorsement is the new way.

Talking of money, and it is only about money is that, the brand ambassadors don’t necessarily owe loyalty to the product they promote. They are often seen using or consuming a competing brand to one they promote. Also, an actor is seen promoting multiple products often one ad following in quick succession.

With his two recent films, “Toilet: Ek Prem Katha” and “Pad Man”, Akshay Kumar made an image as a crusader for such social issues and has proved to be an apt promoter of toilet cleaners as well as sanitary napkins. Then, there are smaller brands and not very glamorous to promote like hair oils, atta, cereals, churans and such where the actor is shown burping or suffering from acidity. These ads are left to the lesser stars. Such campaigns go to stars who once enjoyed the limelight. likes Manoj Bajpayee, Manoj Pahwa, Hema Malini, Raveena Tandon, or Shilpa Shetty would get these assignments!

When not dealing with established stars like Amitabh Bachchan, Akshay Kumar, Ranbir Kapoor the admen seem to go by the success and popularity of the stars they choose to endorse products. Among these, Ranveer Singh is leading the pack along with Alia Bhatt with Varun Dhawan while Ayushmann Khurana, Vicky Kaushal and Rajkumar Rao catching on.

There are often controversies when a brand advertise an actor promotes is found to be misleading. The government planned a law by which an actor who is part of such a misleading ad would also be held responsible and subject to penalty. However, though in the pipeline, the said law is yet to be passed. Meanwhile, the very essence of the advertising a product, Recall Value, does not mean a thing anymore.

@The Box Office
The week sees the release of four new films — “Mardaani 2”, “The Body”, “Mudda 370 J&K”, and “Unfriends”. “Mardaani 2”, a relevant film about a rapist, enjoys a sort of brand equity being the second in the instalment where Rani Mukerji plays the cop. “The Body”, a mystery thriller is poorly promoted. “Unfriends” and “Mudda 370” relate to social trends and inter-community romance, respectively. Both are nonstarters.

* “Pati Patni Aur Woh” has done well in its first week. The film collected about Rs 51 crore and faces little opposition in week two, with no film catering to the youth this week.

* “Panipat”, a chapter from Maratha history, has done poorly. A high-budget film, it has managed to put together just about Rs 26 crore.

* “Commando 3” dropped badly in its second week, managing to collect about Rs 2.5 crore, which takes its two-week total to Rs 32 crore.  (Agency) 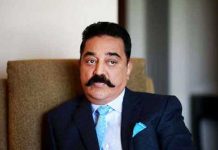 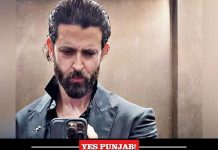 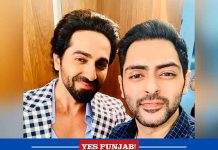