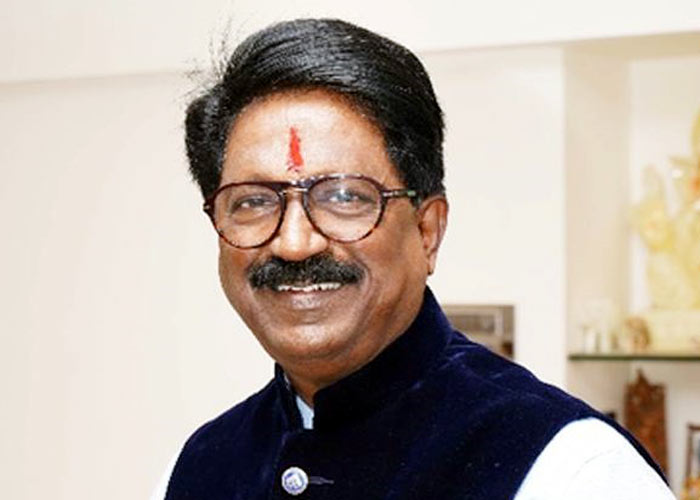 Shiv Sena MP Arvind Sawant on Monday accused the BJP of backing out of its ’50:50 formula’ promise made to his party, saying allegations of not having any such talks “hurt the pride of the Thackeray family” and put a question mark on the continuance of the BJP-Sena alliance.

Sawant, who put in his resignation earlier on Monday as Union Minister for Heavy Industries, said a “new government and alliance would be formed in the state”.

“On May 30, I took the charge of the Heavy Industries. But before the Lok Sabha elections, BJP President (Amit Shah) had met Uddhav Thackeray and agreed to the 50:50 formula and for the chief ministerial post,” Sawant said, adding the allegations of lies against Shiv Sena were unacceptable.

“It has hurt the pride of Thackeray, who are known for their words,” Sawant said.

“Thus continuing with the ministership is not correct in the light of new developments. That is why I have decided to resign,” he said.

Asked if it meant that the Shiv Sena was quitting the BJP-led National Democratic Alliance (NDA), he said: “One can understand the significance from my action.”

His remarks came amid reports that the Congress is likely to give outside support to the Shiv Sena-Nationalist Congress Party (NCP) in Maharashtra to form the government.

The political crisis in Maharashtra has deepened following the BJP not accepting the Shiv Sena’s demands of giving the chief ministerial post and also not following the “50:50 formula” of power sharing.

In the recently concluded assembly elections, the BJP emerged as the single largest party winning 105 out of 288 seats, while the Shiv Sena won 56. The Congress and the NCP won 44 and 54 seats respectively.

When asked if he met Prime Minister Narendra Modi, the Shiv Sena MP said, “I had asked for the time, but didn’t get it, so I submitted my resignation.”

He further said that he was sent on behalf of his party. “But when there is no trust, then what is the point?” he said.

To another question over BJP questioning the ideology of Shiv Sena, Sawant hit back and said, “Where was their ideology when they formed government in Jammu and Kashmir with the PDP, with Mayawati in Uttar Pradesh and with Nitish Kumar in Bihar?”

Earlier in the day, Congress Interim President Sonia Gandhi held meetings with senior party leaders to discuss the issue of supporting the Shiv Sena in the state. Sonia Gandhi has called the meeting of Maharashtra leaders.