Home Punjab Bhupinder Mann must clarify whether he came out of SC panel out... 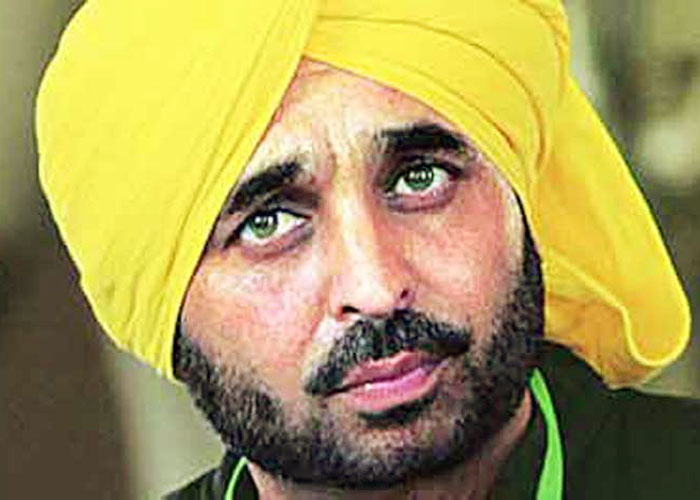 Chandigarh, January 15, 2021 (Yes Punjab News)
Reacting to the remarks made by Punjab Chief Minister Captain Amarinder Singh about Bhupinder Singh Mann’s withdrawal from the four-member committee set up by the Supreme Court on the issue of farmers, the Aam Aadmi Party (AAP) said that the Captain himself was giving evidence of collusion with Prime Minister Narendra Modi-led centre government.

In a statement issued from the party headquarters on the issue, AAP state president and MP Bhagwant Mann said that Captain Amarinder Singh’s statement that he had called Bhupinder Singh and asked him to come out of the committee, proved that he was in collusion with Prime Minister Modi and only under an agreement with him, Bhupinder Singh was included in the four-member committee.

Mann said that when the farmers refused to appear before the committee set up by the Supreme Court, Captain Amarinder changed his stance and took his man out of the committee in view of public outrage. “Bhupinder Mann should now clarify whether he decided to come out of the committee after listening to his heart or at the behest of Captain,” he added.

He said that it was clear from the Chief Minister’s statement on the matter that he was hand in glove with the Modi-led centre government and was taking anti-people decisions at the behest of PM Modi and Union Home Minister Amit Shah and was plotting to suppress the farmers’ movement.

“Now, the real face of Captain government and Congress has been revealed to the public. People have now understood that how Captain played a double role on the black laws, in connivance with the Modi government,” said Mann. He said that Captain Amarinder-led government first supported the black laws by forming a high power committee and misled the people of Punjab.

Mann said that Captain Amarinder did not first tell the people about the dangers of these laws and when people started protesting, he passed a resolution in the assembly to mislead the people against the black laws, on which the government had not taken any action yet.

Mann said that Captain had assured the people that a legal battle would be fought against the black laws, but despite a large army of lawyers with the Advocate General of Punjab government; no legal action was taken so far.

“Captain Amarinder has done a settlement of the farmers’ interests with the Modi government to save his son from the ED. Because after a meeting with Union Home Minister Amit Shah, Captain has started registering cases against the farmers of Punjab,” he added.

Mann further said that today, the people of Punjab were facing a double whammy. On one hand, the Modi-led central government was trying to enslave the farmers in the hands of corporate houses through black laws; while on the other hand, the Captain government was plotting with the Modi government to suppress the farmers’ movement.

He said that the people of Punjab need to be careful with both the Modi and Captain government. Mann said that Captain was acting as the Chief Minister of the BJP and he had proved this. Captain takes every decision according to the orders of Modi-Shah, he added.