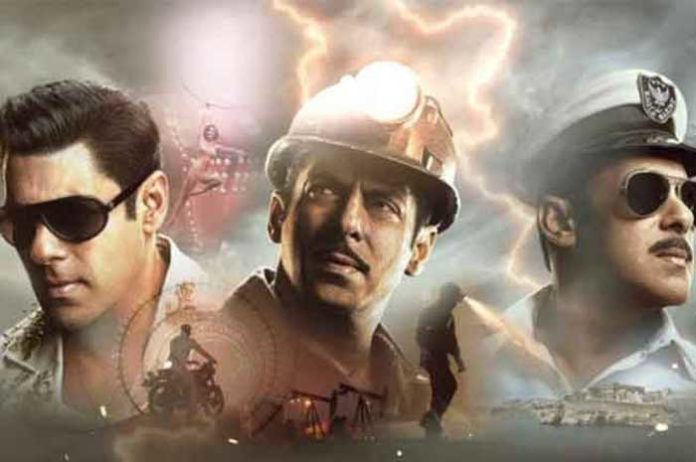 Salman Khan’s Eid 2019 release “Bharat” is still unbeaten overseas, when it comes to Bollywood releases this year. The last quarter of 2019 is set to begin, but the Ali Abbas Zafar directorial is the highest-grossing Hindi film abroad.

“Bharat”, co-starring Katrina Kaif, saw Salman sporting different looks in a role that ages from a young guy to an old man in the story. It has minted $ 10.71 million (over Rs 75.99 crore) outside India, according to “timesofindia.indiatimes.com”.

The film had also helped Salman add another feather to his cap. “It becomes back-to-back 14 centuries for Salman Khan,” film and trade expert Girish Johar said when “Bharat” cruised past Rs 100 crore mark in India.

“Gully Boy”, India’s official entry official for the 92nd Academy Awards, is next on the list of Bollywood’s biggest grossers abroad this year. Zoya Akhtar’s film raked in $ 10.25 million (over Rs 72.73 crore). Starring Ranveer Singh and Alia Bhatt, the film was inspired by the lives of rapper Naved Shaikh, popular by his stage name Naezy, and rapper Divine (Vivian Fernandes). It was a winner in the home market, too.

‘Josh’ for Vicky Kaushal’s “Uri – The Surgical Strike” has been high outside India too. The film has earned $ 7.46 million (over Rs 52.92 crore). “Kalank” has surprisingly made it to the fourth spot with $ 7.17 million (over Rs 50.87 crore) earning. Although the film, starring Madhuri Dixit, Alia Bhatt, Varun Dhawan, Sonakshi Sinha and Sanjay Dutt, minted Rs 21.60 crore on its first day in April, it slipped down the charts quickly in India.

“Kabir Singh”, the biggest domestic hit of the year, is actually at number six in the global charts. The film has earned $ 6.95 million (Rs over Rs 49.31 crore) in the international market.