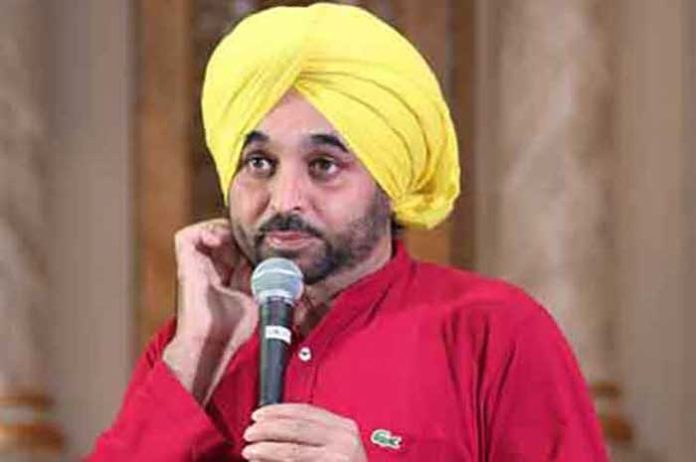 Aam Aadmi Party (AAP) state president and Parliamentarian Bhagwant Mann has flayed the appointment of six MLAs as advisers (Minister of State rank) to the chief minister Capt Amarinder Singh, terming the decision as a blatant violation of the Constitution, besides plundering of the public money.

In a statement issued from the party headquarters in Chandigarh on Tuesday, Bhagwant Mann said that while the unemployed youths were forced to mount on the overhead water tanks for employment, the public money was being squandered for petty political ends, adding that the poor and dalit children at Anganwadi centers were deprived of daliya-roti for more than two months now, while the elderly, widows and the physically-challenged were desperately crying for Rs. 2500 pension as the eligible youth employment allowance.

He said that MNREGA workers were without any work and the deepening agrarian crisis keeping the community on their toes and farmers were under the debt burden, while the government was passing the buck by citing financial crunch in the state.

He accused him of splurging huge amounts under the guise of appointing political advisers to high cabinet ranks, apparently to diffuse the brewing discontent among his own party MLAs and ministers.

Bhagwant Mann said that given the financial health of the state, there should have voices to reduce the wasteful financial expenditure on the exchequer, saying that he (Capt Amarinder Singh) had overstepped the Badals in running the government in a typical ‘royal’ tradition.

He lamented that while the people in the state were awaiting the allotment of 5-marla plots for a long time now, the Captain-Badal duo were raising their own posh empires. The farmers who were promised loan waivers and the promise of ‘ghar ghar naukri’ given by Captain to the youth had been left to rue and rant.

Bhagwant Mann demanded that the Capt government should immediately review the decision, which he said, seemed to have been taken in utter hurry as the same was against the tenets of the constitution. He also had words of wisdom to the legislators given the cabinet rank as well to act on the call of their conscience and say no to the offers, Mann said.