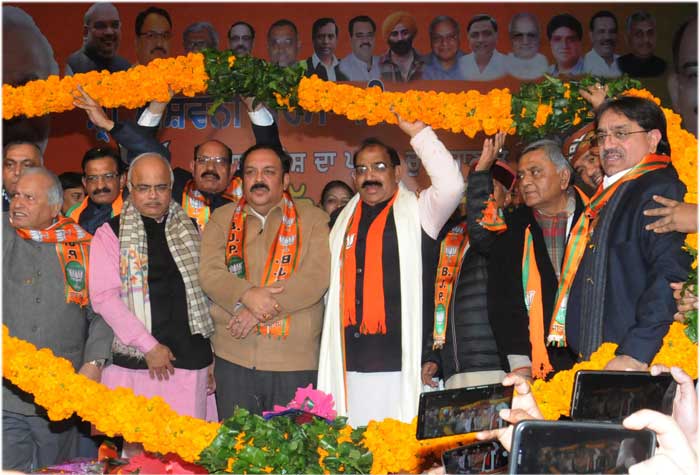 Ashwani Sharma will be the new President of BJP’s Punjab Unit.

A former MLA and a former president of the state unit, Sharma’s appointment was declared today at Jalandhar by the Central leadership of the party.

He replaces, Shavet Malik, who hails from Amritsar and is a member of the Rajya Sabha. He was considered to be close to deceased Union Minister Arun Jaitley.

Sharma who hails from Pathankot had earlier also served as president of the state unit of BJP. He was elected unanimously in February 2010.