Home National Are Kashmiris lesser humans, where is your humanity, asks Iltija Mufti –... 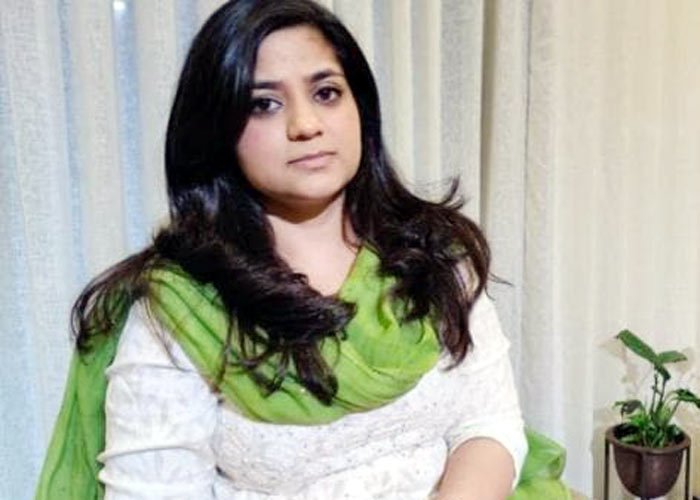 In an exclusive interview with IANS, Iltija Mufti, daughter of former Jammu and Kashmir Chief Minister Mehbooba Mufti, said Kashmiris have been stripped of their right to even mourn the death of their loved ones or celebrate a happy occasion.

She said time has come for political parties of Kashmir to forego their differences and unite if they want to protect the states identity.

Most people who ask her about joining politics don’t understand that leaders are not made in the cosy confines of TV studios or by giving interviews, she added.

Q. It’s been almost two months since the lock down in Kashmir, do you think the situation is any better?

A. What are the parameters to judge if it’s any better? Is traffic a sign of normalcy in a region which has witnessed an inhuman siege for almost two months now?

We are on the verge of a humanitarian, economic and psychological crisis and yet we are debating if it’s normal? I’ve read terrible stories of how families haven’t been able to even inform their relatives when their loved ones have died. Grooms who’ve had harrowing experiences with security on the eve of their marriage.

You have stripped Kashmiris of their right to even mourn the death of their loved ones or celebrate a happy occasion. Is this the new definition of normal?

Q. You moved the Supreme Court to meet your mother. Were you prevented by the J&K government from meeting her?

A. Government of India had directed the state government to ensure that my mother wasn’t allowed to meet or speak to us. This was done with the sole objective of isolating her.

I tried unsuccessfully for four weeks to see her. Eventually, I decided to approach the media and file a petition in court.

We live in times when people in this country and media fawn over the PM meeting his mother but behave like the proverbial ostrich with its head in the sand when it comes to thousands of children who have been illegally detained by this government. Are Kashmiris subhuman? Where is your humanity?

Q. How was the meeting with your mother?

A. It was overwhelming.

As a daughter I will fight for my mother every hour, every day until she comes home. But what about the mothers whose kids have been sent off to jails outside the state? Who are they supposed to approach?

Q. What’s your strategy to counter the removal of Article 370?

A. Who am I to strategise? I’ve reiterated this several times that I’m not a politician or affiliated to any political party. But I think it’s time everyone regardless of their political leanings comes together and unites for the people of this state who are suffering immensely.

A few days ago we were told that Hindi would be shoved down everyone’s throats and was followed by a strong reaction from opposition parties, especially the DMK in Tamil Nadu. Those clamouring for Hindi imposition had no choice but to retract their statements. So nothing is impossible.

Q. Would you be joining politics formally now to fight for restoration of Article 370 and statehood to J&K?

A. A political career is not an heirloom that was passed from Mufti sahab to my mother. Even their harshest detractors will admit how both made a wonderful team and built PDP with sheer grit and hard work. This at a time when most had written Mufti Sahab’s political obituary.

Most media people who ask me this question don’t understand that leaders are not made in the cosy confines of TV studios or by giving interviews. We’ve arrived at a crossroad in the history of J&K when this will now largely be a people’s movement.

Q. Do you think it’s about time for all political parties in Kashmir to close ranks on the issue of Article 370 and statehood?

A. It certainly is. They will have to forego their differences and unite if they want to protect the states identity.  (Agency)