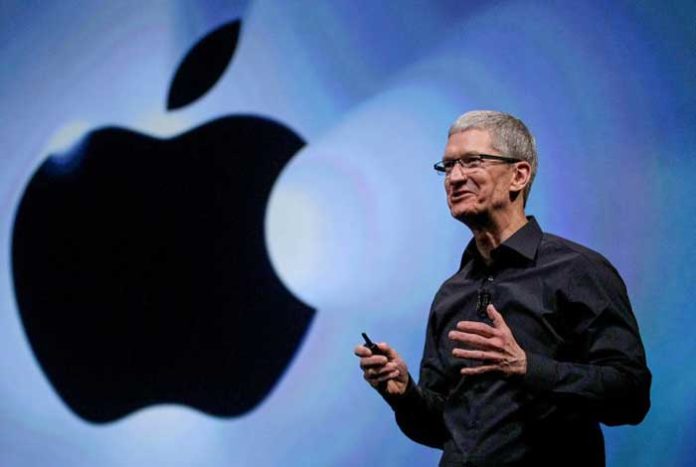 India returned in Apple’s basket with strong double-digit growth in the company’s third quarter ending June 29, leading to a significant statement from CEO Tim Cook that the growth in the country has bounced back.

In an earnings call with analysts late Tuesday, Cook said that tactically, the emerging markets had a bit of a rebound in the third quarter that saw Apple Services vertical grow further.

“In fact, on a constant currency basis, we actually grew slightly in emerging markets. We still declined on a reported basis. India bounced back. During the quarter, we returned to growth there. We are very happy with that. We grew in Brazil as well,” said the Apple CEO.

The return of Apple in India comes at a time when the company is reportedly set to manufacture top-end iPhone XS and iPhone XR smartphones courtesy its supplier Foxconn in the country.

Apple in April started the assembling of iPhone 7 at its supplier Wistron’s facility in Bengaluru.

As Cook announced that iPhones generated $26 billion in revenue in the company’s third quarter — down 12 per cent from last year’s June quarter — India witnessed a 19 per cent growth (year-on-year) in shipments riding on promotional offers and discounts from the Cupertino-based giant.

Apple iPhone shipments fell 11 per cent in the quarter globally but in India, it grew 19 per cent (YoY), according to Counterpoint Research.

Cook said the retail and online stores returned to growth on a year-over-year basis in the month of June, adding that the iPhone performance in Q3 showed a significant improvement from 17 per cent (year-over-year) revenue decline in Q2.

“Our active installed base of iPhone reached a new all-time high and was up year-over-year in each of our top 20 markets, underscoring the quality of our products and the satisfaction and loyalty of iPhone customers around the world,” the Apple CEO informed.

“In emerging markets, we returned to growth in Mainland China, grew strong double digits in India and Brazil and we set new Q3 records in Thailand, Vietnam and the Philippines,” Maestri added.

According to Counterpoint, despite the global decline, iPhone sales trends are improving.

“One of the interesting trend hidden in the growth of Apple in India was that last year, similar quarter growth was driven by older iPhone 6 series contributing 2/5th of the sales and this time, it was iPhone XR contributing almost half,” Tarun Pathak, Associate Director at Counterpoint Research, told.

Promotional offers and aggressive marketing has helped Apple to drive revenues in India, he added.

Apple is slowly but steadily strategising its plans to make deeper inroads in a country where over 450 million people use smartphones, and assembling iPhone 7 is another step towards gaining more ground.

This was, however, the third consecutive quarter of a decline in Apple iPhone shipments globally. To ramp up sales, Apple implemented price cuts for the iPhone XR in India and China markets.

“Amid the slowdown in China and likely launch of 5G capable iPhone in 2020, Apple will have to concentrate its efforts on emerging markets,’ Counterpoint noted.

According to Cook, Apple Pay is now completing nearly one billion transactions per month — more than twice the volume of a year ago.

“Apple Pay launched in 17 countries in the June quarter completing our coverage in the European Union and bringing us to a total of 47 markets currently. Apple Pay is now adding more new users than PayPal and monthly transaction volume is growing 4 times as fast,’ he noted.

Thousands of Apple employees are now using Apple Card every day in a beta test, and the company plans to begin the roll out of Apple Card in August.

“We had great results for Apple Watch, which set a new June quarter revenue record and is reaching millions of new users,” said Cook.

“When you tally up the last four quarters, our wearables business is now bigger than 60 per cent of the companies in the Fortune 500,” said the company.

Cook said that the company had great performance from iPad, with revenue of over $5 billion, driven by iPad Pro and by strong customer response to the new iPad Mini and iPad Air.

Apple posted $53.8 billion in revenue — an increase of 1 per cent from a year ago – setting record results for its fiscal 2019 third quarter.

The Services vertical clocked $11.5 billion in revenue. Services growth was up 18 per cent and Apple now has over 420 million paid services subscriptions across its products. (Agency)