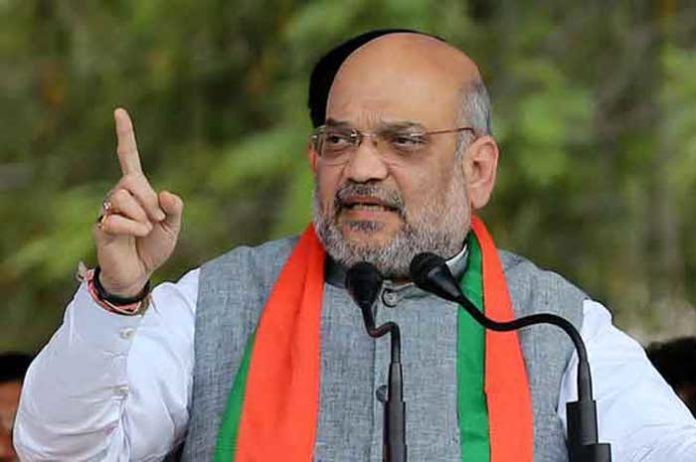 BJP President and Union Home Minister Amit Shah on Sunday once again lashed out at the Congress for its opposition to the abrogation of Article 370 of the Constitution in Jammu and Kashmir.

Speaking at an event at Dadra, Nagar Haveli, Shah said the Congress has given up on “parampara” (tradition) of rising above party politics when it comes to national interest.

“They went and stood with those who chanted ‘Bharat tere tukde honge, Insha Allah, Insha Allah’. They questioned our forces when they launched attack against Pakistan… Now they are objecting to Article 370 being axed,” thundered Shah.

Shah referred to the surgical strike by the Indian Army and the Balakot attack by the IAF, authenticity of both of which were questioned by the grand old party.

He also referred to Rahul Gandhi standing with the JNU students who allegedly chanted anti-India slogans.

Shah reminded how the BJP had supported Indira Gandhi’s move to free Bangladesh from Pakistan, suggesting that the Bharatiya Janata Party rises above party politics when it comes to national interest.

Shah also claimed, ever since Artcile 370 has been axed, Kashmir has been “peaceful” and there has been no incident of death.