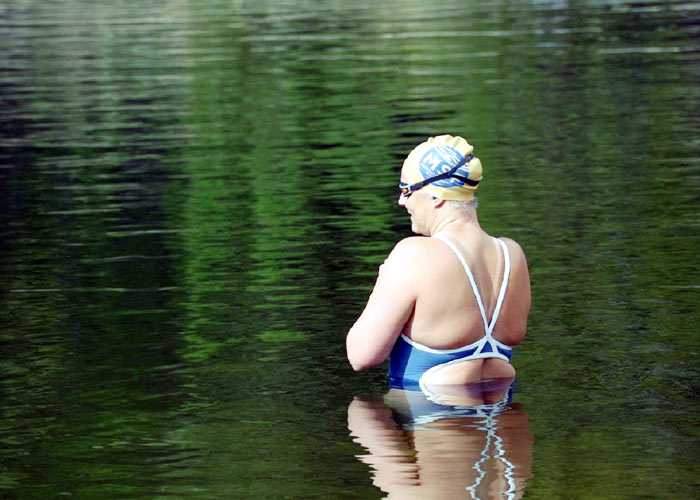 Sarah Thomas, 37, began the epic challenge in the early hours of Sunday and finished after more than 54 hours on Tuesday morning, the BBC reported.

The open water ultra marathon swimmer, who completed treatment for breast cancer a year ago, dedicated her swim to “all the survivors out there”.

Thomas was pushed back by strong tides on the final leg but finished on Tuesday at about 6.30 a.m.

Speaking to the BBC after she came ashore, Thomas said: “I just can’t believe we did it.”

The hardest part was dealing with the salt water which left her throat and mouth sore, she revealed.

“My crew was really great about helping me out and keeping me strong.”

Only four swimmers had previously crossed the Channel three times without stopping. Before Thomas, no-one had ever completed a fourth leg.  (Agency)