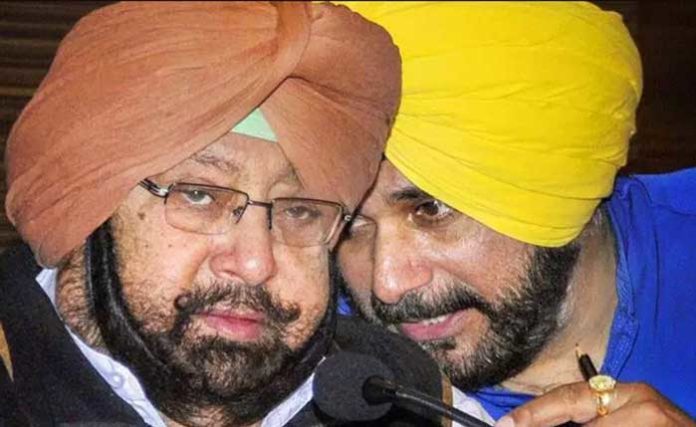 The fued between Punjab Chief Minister Capt Amarinder Singh and his cabinet minister Navjot Singh Sidhu has taken a new turn. It has gone musical.

A new Punjabi song is all set to go viral on social media.

The song sung by singer Himmat Singh, who claims to be a fan of Sidhu, praises Sidhu and attacks his rivals within the Congress and outside the party. The singer claims that Sidhu is being targeted with false accusations.

He asks Sidhu’s detractors to tell him what wrong Sidhu has done adding that Sidhu’s only folly was that he spoke the truth. The song which has started making waves seems to be gathering momentum on social media and is likely to be a hit among the masses.

Himmat Singh has also got shot a video of the song in a professional manner and shots of Sidhu have been included in it. Being Sidhu’s fan, the singer has also been careful not to name anyone from within the party while attacking but takes liberty to attack Akalis in a big way and directly.