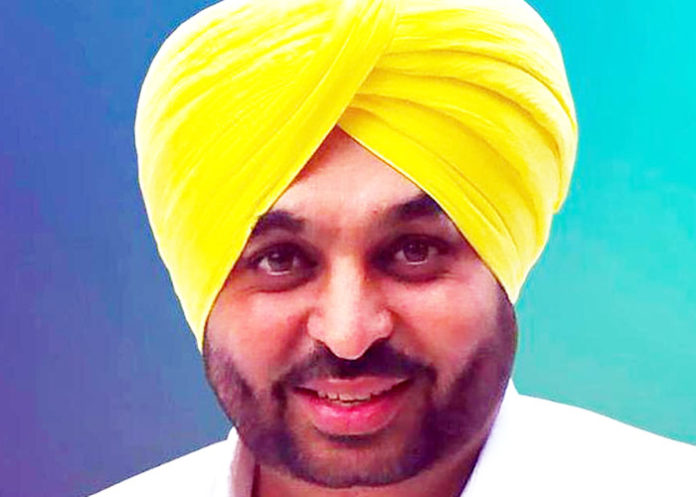 Aam Aadmi Party (AAP) state President and Member of Parliament (MP) Bhagwant Mann has appealed to Punjab chief Minister (CM) Capt Amarinder Singh, to take effective public-interest measures as the Kejriwal government had done in the capital city Delhi to ensure food and other facilities for them, thus making the national lockdown against Covid-19 a success and winning the big battle against it.

In a statement issued from party headquarters, Bhagwant Mann said that since the Captain government had not been able to provide food and other facilities to those who eke out their living on a daily wage basis, saying that the unfounded fears of hunger had been weighing heavy on their minds in view of the curfew imposed in the state. He said this would defeat the very purpose of imposition of national lockdown, which would have disastrous outcome.

Mann made it categorically clear that he was in no mood to castigate or criticize the government with any personal or political motives when the state and the country was passing through a difficult phase of global distress, but wanted to give his perspective to the government on issues and concerns of the state, which was his moral and social obligation towards the state being an Member of Parliament.

Talking about the board and lodging facilities being provided to government doctors and paramedical staff in five-star hotels, Mann said that doctors and staff of the central government controlled AIIMS hospital were stressing the government for affording the facilities at par with those provided by the Delhi government.

The AAP MP said that Punjab government should, taking a cue from the Delhi government, announce an insurance ‘cover’ of Rs one crore, besides other facilities, to the brave corona warriors fighting from ground zero, including doctors, nurses, para-medical, police personnel and sanitation staff, et al.

He added the government was toying with the idea of taking over the private hospitals equipped with high-end facilities to be used for quarantine purposes to fight the deadly pandemic, saying the government of Punjab should also take such path-breaking decisions.

The AAP leader further said that the Arvind Kejriwal government was alive to the problems of plenty during the hour of global distress, adding it was providing food to over 10 lakh poor and needy people daily for free, ration to 72 lakh people, double the quantity of ration they were getting on a monthly basis, besides ordering transfer of Rs 5,000 each, to the bank accounts of all auto operators, taxi drivers, e-rickshaw drivers, RTV and other public service vehicle operators, construction workers (numbering about 50 thousand), raising the monthly pension of widows, the elderly and specially-abled citizens numbering about 8 lakh, providing the students of 10-12th classes ‘home syllabus’ facilities, saying why couldn’t the Captain government do in Punjab?