Home National All Arvind Kejriwal’s Ministers are at least graduate 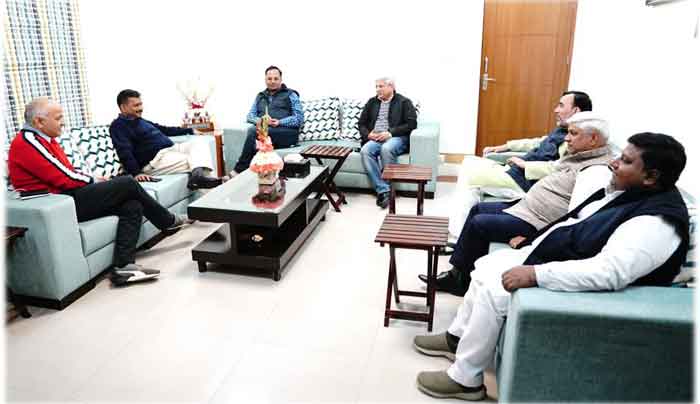 As Aam Aadmi Party (AAP) national convenor Arvind Kejriwal on Sunday took oath of the office along with his cabinet, let us have a look at the education qualifications of his Ministers.

1. Chief Minister Arvind Kejriwal: A mechanical engineering graduate from the Indian Institute of Technology, Kharagpur, he joined the Indian Revenue Service (IRS) as an Assistant Commissioner of Income Tax in 1995. He quit the job to become a social worker, and formed the AAP in 2012.

2. Manish Sisodia: Holding a PG diploma in journalism, the journalist-turned-politician has been with Kejriwal since 2006. The two also did social work together.

3. Satyendar Kumar Jain: A graduate from the Indian Institute of Architects, he was a CPWD official. He quit job to set up an architectural consultancy firm and later became a part of the ‘India Against Corruption’.

5. Rajendra Pal Gautam: A law graduate from the Delhi University, Gautam practiced law before joining the AAP in 2014.

6. Kailash Gahlot: A Master of Laws, Gahlot was an advocate in the Supreme Court and the Delhi High Court and has over 16 years of experience in legal practice.

7. Imran Hussain: A business studies graduate from the Jamia Millia Islamia, Delhi, he has been a social worker.  (Agency)

ALSO READ:
AAP to launch ‘missed call’ campaign to strengthen itself across the country