Home Guest Articles Alarms futile when we’ve closed our eyes to the climate change around... 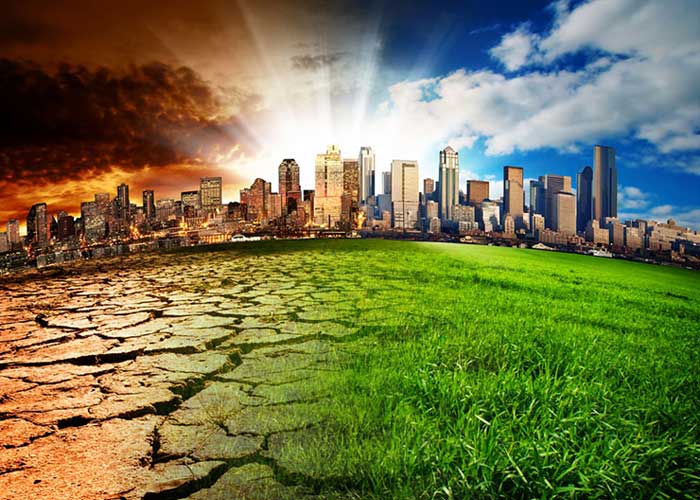 Twenty seven years ago, when Earth’s population was roughly 5.45 billion and the planet endured the carbon footprint of far lesser corporates than today, a Canadian teenager named Severn Suzuki warned the world of an impending climate crisis in an address she made at a United Nations conference in Rio de Janeiro.

Her speech received an astounding applause, but had world leaders really sat up and taken notice of what Suzuki said, the world wouldn’t need the anger of a 16-year-old Greta Thunberg nearly three decades later.

The Swedish teenager, who hit the headlines last year with her ‘climate strike’ outside her country’s Parliament demanding stronger action against climate change, earlier this week accused world leaders attending the UN Climate Action Summit 2019 in New York City, of stealing the childhood of the future generations by not doing enough to prevent climate change.

“People are suffering. People are dying. Entire ecosystems are collapsing. We are in the beginning of a mass extinction, and all you can talk about is money and fairy tales of eternal economic growth. How dare you?

“For more than 30 years, the science has been crystal clear. How dare you continue to look away and come here saying that you’re doing enough, when the politics and solutions needed are still nowhere in sight?” she said in her address.

“An Intergovernmental Panel on Climate Change (IPCC) puts a 67 per cent chance to a 1.5 degrees global temperature rise, if the world had 420 gigatons of carbon dioxide left to emit back on January 1, 2018. In around 20 months, that figure is already down to less than 350 gigatons,” said Thunberg, who was awarded the ‘Alternative Nobel Prize’ for her activism on Wednesday.

As per the teen activist, at the current pace, those 350 gigatons of carbon dioxide will be emitted in the next eight years – leading to a global temperature rise of 1.5 degree Celsius within less than a decade.

That Thunberg was almost in tears during her speech, explains why climate action cannot be put off any longer, and until the world declares and treats the environmental crisis like an emergency, there will be countless Severns and Gretas meeting us thirty years later, looking us in the eye and asking for their right to childhood on a green planet.  (Agency)