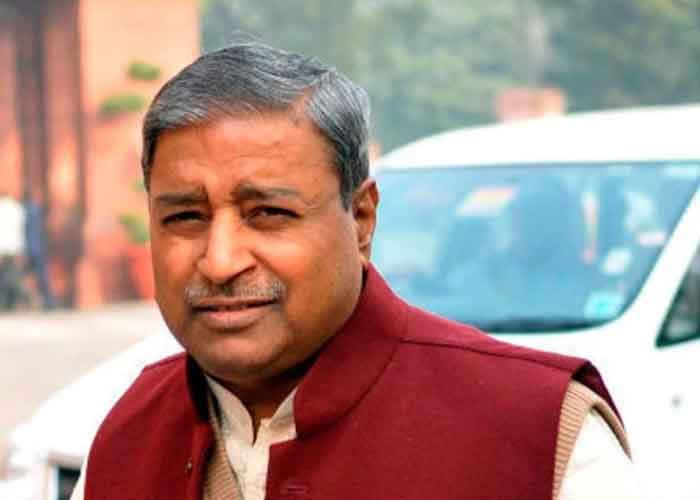 Bharatiya Janata Party (BJP) firebrand leader Vinay Katiyar, the well-known face of the Ram Mandir movement, has said that after the completion of the temple construction in Ayodhya, the mobilisation for temple-building at Kashi and Mathura will gain momentum.

On the one hand, a temple will be built in Ayodhya and on the other, the movement will start for both the places of worship which will include all Hindu organizations.

Elected thrice as the Lok Sabha MP from Faizabad (Ayodhya) constituency in 1991, 1996 and 1999 and a two-time Rajya Sabha member, Vinay Katiyar in an interview on Saturday said, “One job has been accomplished in Ayodhya and two are yet to be done. Like Ayodhya, temples have to be built at Kashi and Mathura, too.”

Katiyar said, “A lot of Ram Bhakts were killed in firing during Mulayam Singh Yadav’s reign as UP chief minister. Ayodhya was soaked in blood, now with the construction of the Ram temple the soul of the kar sevaks (devotees) killed in the movement would rest in peace.”

Recalling the Ram Mandir movement, Katiyar said, “Initially only a few people were involved, but gradually sants joined the movement. Rath yatras held by the sants, bricks collected for the Ram temple led to the culmination of Hindu awakening which is seen today.”

Had the BJP not been in government, would it have been possible to build a temple?

The Bajrang Dal, which was once in the news for many reasons, is silent now? Is this happening due to the fulfilment of the Ram temple movement or is there any hidden strategy?

The founder of the Bajrang Dal Vinay Katiyar said, “Now one work has been completed, two works are yet to be accomplished. First, the temple in Ayodhya should be built, then Mathura and Kashi will also gather mobilisation. If the construction of the temple in Ayodhya continues, the movement will gain momentum in Kashi and Mathura.”

Katiyar expressed satisfaction over the names of the members in the trust set up for the Ram temple construction. He said it is appropriate to include some eminent people along with those who played a vital role in the temple movement.

On contesting the Lok Sabha elections in 2024, he said if the party wants he will contest the elections.

“I have held all posts in the BJP barring the national president. I have served as the national vice-president, national general secretary, national working committee member, UP state unit president, and have held many other important positions. I am ready to fulfil any responsibility given to me.”

He targeted the Opposition on the controversy over Prime Minister Narendra Modi’s visit to Ayodhya. He said Prime Minister Modi is the leader of the masses and people have reposed faith in him.  (Agency)