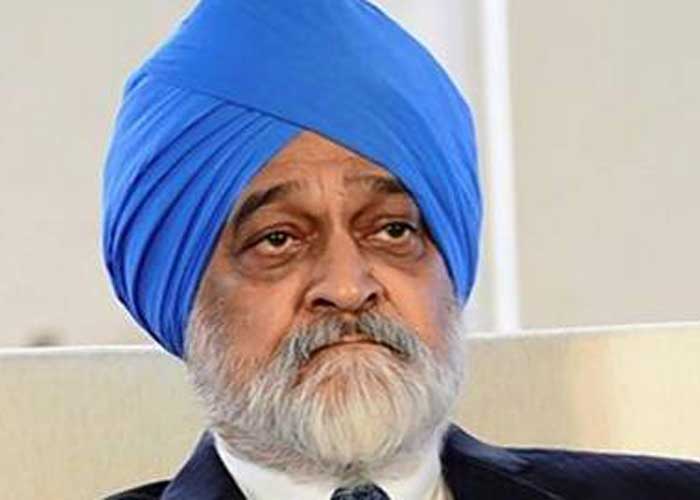 Montek Singh Ahluwalia, a former Deputy Chairman of the now-defunct Planning Commission, on Monday hit out at those who criticised the new quantifiables determined by the then top policy-making body in 2011 to bring down the number of families below the poverty line (BPL).

In a freewheeling interview, Ahluwalia asserted: “So, what I am saying about the drop in poverty relates to the new poverty line. You know, at that time, somehow there was unwillingness on part of the political class, not just within the Congress, but across the board… didn’t want to accept the fact that poverty had fallen.”

Back in 2011, the panel had filed an affidavit in the Supreme Court, stating that any person earning more than Rs 26 a day in rural areas and Rs 32 in urban areas must not be eligible for various anti-poverty schemes run by the Centre.

It created a political earthquake with not just the opposition parties, but even the Congress and UPA allies up in arms against Ahluwalia and the Planning Commission.

The all-powerful National Advisory Council (NAC), headed by Sonia Gandhi, went ballistic. Then NAC member NC Saxena had said: “On Rs 32 a day, you know only dogs and animals can live.”

Another NAC member Aruna Roy wrote an open letter to Ahluwalia: “If it cannot be explained then the affidavit should be withdrawn or else you should resign.”

All of this was happening under the watch of a furious Gandhi who, rumours have it, wanted to back Roy’s demands to make a public scapegoat of Ahluwalia and hence undo the political damage.

Under intense pressure, Ahluwalia had to go back on his stand. In a somersault, Ahluwalia said: “It needs to be emphasised that the Tendulkar poverty line is not meant to be an acceptable level of living for the aam aadmi. It is actually the standard of living of those at the poverty line in 1973-74.” It was widely seen as an effort by Ahluwalia to save his job and face for the government.

Nearly a decade later, Ahluwalia told: “Maybe, some of them thought that it looks as if we are understating the importance of poverty. That is not true. Because I had told myself that ‘look, all we are saying is that poverty has fallen. We are not saying that poverty has disappeared’.”

“I mean there was still a quite high percentage of the population below the poverty line — over 20 per cent — and that’s a very large number. But there’s no doubt that given a fixed poverty line, the percentage and absolute numbers below that line had fallen,” he added.

He recounted that probably the perception that going above the poverty line would disqualify people from getting benefits meant for the poor, like subsidised foodgrains, made it all the more controversial.

Asked if he was pressured by the NAC, the former top policy-maker answered in the negative.

“I don’t think they were running the government. But I think they were an active voice on some of the things that civil society is most concerned about,” he said of the NAC, which was considered as powerful as the PMO, if not more.  (Agency)