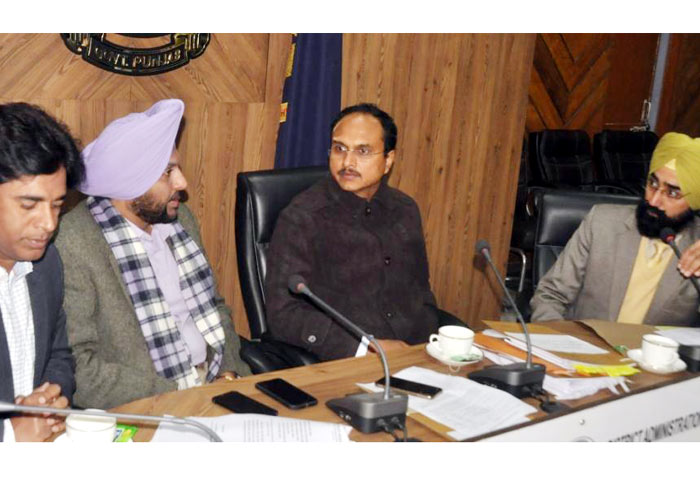 Chairing a meeting here with senior officers of the district Police and Civil administration, the Deputy Commissioner, Commissioner of Police and Secretary District Legal Services Authority said that any women who was a victim of one or another crime could avail compensation under Victims Compensation schemes by simply filing an application with

the Legal Services Authority or the civil and Police officers could recommend compensation for the aggrieved person, provided a criminal case had already been registered. They said that victims of rape or acid attack, person injured due to accident and kin of dead person in a criminal case could avail the benefits of these schemes.

Mr Sharma, Mr Bhullar and Mr Jaapinder Singh further said that kin of a person who had died due to accident or murder could avail compensation upto Rs 2 lakh, Rape victims upto Rs 7 lakh and acid attack victims upto Rs 8 lakh besides reimbursement of entire medical expenses adding that if victim was minor then the compensation would be 50% more than other victims.

The Deputy Commissioner, Commissioner of Police and Civil Judge further said that the victims could avail compensation simply by moving an application with the legal services authority adding that they

would process their application within 60 days. They said that the civil and Police officers must be made aware of all the clauses pertaining to the compensation provided to victims in all such cases. Mr Sharma, Mr Bhullar and Mr Jaapinder Singh further said that it would ensure a huge relief to the victims of such cases thereby providing a healing touch to them.

Meanwhile, the Deputy Commissioner, Commissioner of Police and Civil Judge further said in order to further sensitise the law enforcers and bureaucrats about this issue an exclusive training session would be organised for them in the coming month. They said that no stone would be left unturned for this noble cause.