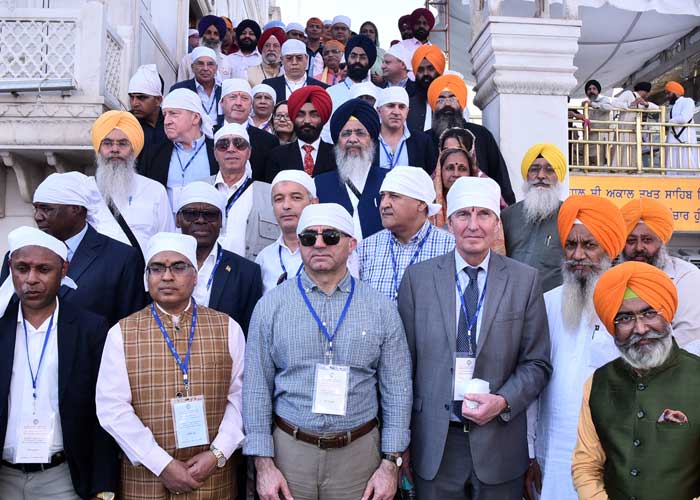 A total of 84 foreign envoys and high-level functionaries on Tuesday paid an obeisance at the Golden Temple, the holiest of Sikh shrine, as they attended celebrations to mark the upcoming 550th birth anniversary of Guru Nanak Dev, the first Sikh master.

They were accompanied by Union Minister Hardeep Singh Puri and the Indian Council for Cultural Relations’ (ICCR) President Vinay Sahasrabuddhe.

After paying obeisance, the delegation partook ‘langar’ in the shrine complex.

The diplomats include Ambassadors of Australia, Mongolia, Morocco, Bhutan, Afghanistan, Myanmar, Maldives, Nepal, and Sri Lanka. The Deputy Chief of the US Mission is also part of the delegation. 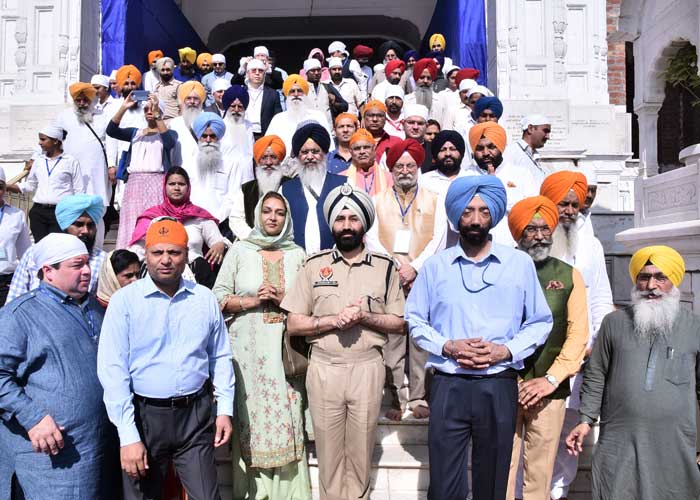 The visit is organised by the ICCR in collaboration with the Punjab government and the Shiromani Gurudwara Parbandhak Committee.

“During my visit with the Resident Foreign Heads of Missions to Guru Di Nagri, I was delighted to meet some of my old friends & prominent citizens of the holy city,” Puri tweeted.