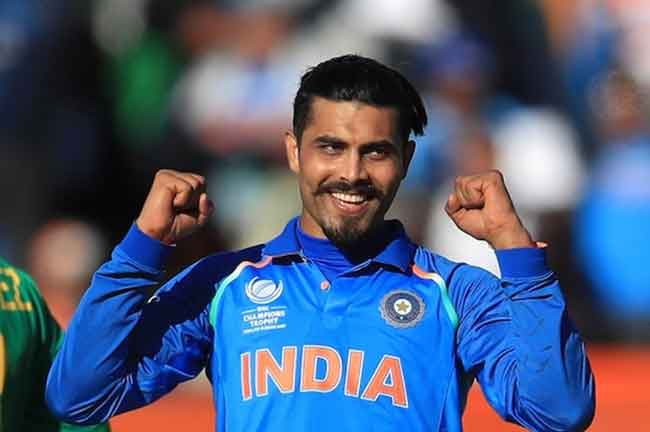 While big totals may be the first thing that comes to mind when one says the phrase ‘modern cricket’ another mutation the game has gone through in the past decade has been an elevation in fielding standards. The advent of sports science and parameters like the yo-yo test has made players leaner and fitter. Naturally there are more fielders capable of chasing down a ball racing away to the boundary and managing a direct hit from the ropes than arguably at any point in the history of the game.

Judging by the way bowlers have been hit to all corners of the park in recent ODI matches played in England, teams will need considerable help from the fielders come the World Cup that starts on May 30. We takes a look at the top five fielders who could turn out to be the difference for their sides.

If only your wrist spins were like Yuzvendra Chahal or Kuldeep Yadav, must be what Indian captain Virat Kohli thinks every time Jadeja does something extraordinary on the field. Jadeja may have lost his guaranteed place in India’s limited overs line up to the spinners but there is really no match for him on the field. And that’s exactly what must have come in his favour when the selector’s picked him in India’s World Cup squad. Pulling off extraordinary diving catches, putting pressure on the batsmen by not allowing anything to go past him, effecting seemingly impossible run outs with gun-throws, ‘Sir Jadeja’ will be a player to keep an eye on.

‘The Reverend’ showed in the Indian Premier League that he remains fitter than ever and it was confirmed by Australian coach Justin Langer. Australia has a proud tradition of great fielders and Warner is arguably the best of the current lot, despite the presence of the likes of captain Aaron Finch and Glenn Maxwell. It only shows how dangerous the defending champions will be when opposition tries to sneak in that extra run.

In the years since England’s disastrous 2015 World Cup campaign, Ben Stokes has emerged as their best player. Although his form with the bat has been on the wane, he is one of those rare pacers who are just as competent in the field. A cursory Youtube search would tell you that Stokes is capable of pulling off the odd stunner and is viciously accurate with his throws. That England have an explosive batting line-up is now general knowledge. Add to it the fact that Stokes is only one of the many good fielders they have and it becomes hard to argue against the hosts being the outright favourites to win the tournament.

Jonty Rhodes and AB de Villiers are names that spring to mind when one thinks of great South African fielders. Faf du Plessis has flown under the radar, but any Chennai Super Kings fan would tell you that when the ball is running to where he is standing, it is advisable not to take a risky single. Dhoni has deployed the Proteas skipper on the ropes on many occasions in the recently concluded Indian Premier League but in the World Cup, he will be expected to be standing closer in so as to marshall his troops better. Batsmen will be weary of him diving and flying about.

If he picks up where he left off at the IPL, this could very well turn out to be the summer of ‘Dre Russ’. His big hits overshadow almost anything else that happens in a match and so one could be forgiven for not noticing that Russell is a very useful medium pacer and a gun fielder. He has pulled off some extraordinary efforts while playing for West Indies in big tournaments, the most recent being when he effected the run out of Hashim Amla in the 2016 World T20 with a nearly blind throw from covers that landed perfectly in the wicketkeeper’s gloves.   (Agency)