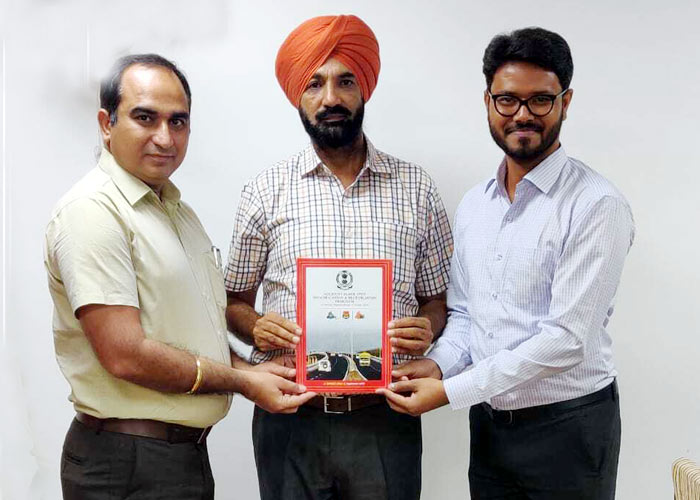 Pannu informed that on the directions of Chief Minister Punjab, Captain Amarinder Singh, the report on Punjab Road Accident Black Spots has been prepared under Tandrust Punjab Mission jointly by the Punjab Vision Zero Accident team and the Traffic Wing of Punjab Police.

Mission Director further informed that the 391 identified Road Accident Black Spots have been points of incidence of 2898 road accidents in the last three years(2016 to 2018) leading to 1910 fatalities coupled with grave injuries to 1401 and injuries to 488 people.

Detailing the black spots district wise, Pannu said that district SAS Nagar (Mohali) has the highest number of Road Accident Black Spots which are to the tune of 92, followed by Ludhiana which has 91 such spots falling in the jurisdiction of Ludhiana Police Commissionerate. Besides, 6 black spots have been identified in jurisdiction of Amritsar Police (Rural), 23 falling in areas under Amritsar Police Commissonerate, 9 in Batala,12 in Gurdaspur,8 in Tarn Taran, 21 in areas under Jalandhar Police Commissionerate, 9 in Moga, 55 in Patiala, 30 in Roopnagar, 21 in SBS Nagar, 8 in Bathinda and 6 in Sangrur.

Divulging into further course of action, Mission Director informed that the details of Road Accident Black Spots would be conveyed to all the concerned departments of the State Government for rectification measures and the details of those falling on National Highways would be taken up with the National Highways Authority with the request for urgent corrective measures on account of 550th Parkash Purb of Sri Guru Nanak Dev ji.