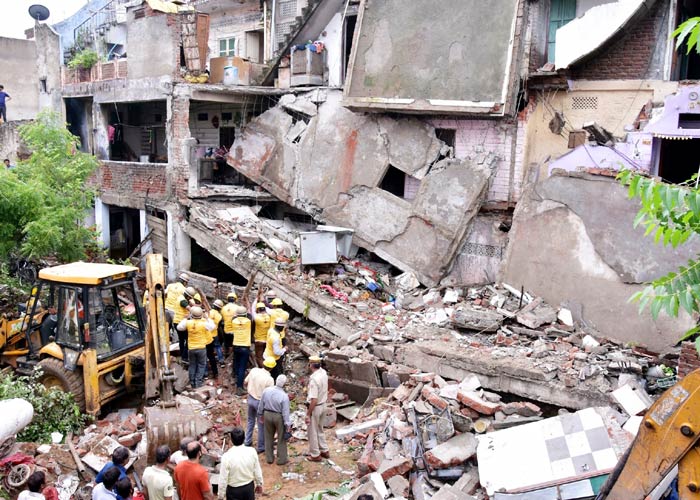 18-year-old woman died while her husband and another person suffered injuries after a portion of a three-storey building collapsed in outer Delhi’s Badli area on Friday morning, the police said.

A case has been registered under section 304A (causing death by negligence) and other relevant sections against the owner of the house, a senior police officer said.

A team of Delhi Fire Service (DFS) reached the venue for rescue operations after they were informed about the incident.

“A portion of second and third floors of the building collapsed. Three persons, including a woman, were found injured who were rushed to a nearby hospital. The woman identified as Poonam (18) was declared brought dead whereas her husband, identified as Chhotu (21), was admitted to the Baba Saheb Ambdekar Hospital. The third injured, Praveen Singh (30) suffered injuries on his face and leg and was discharged after the treatment,” said a senior fire official.

All the three victims were sleeping when the portion of the building collapsed.

“We had asked the landlord, Neetu Aggarwal, to get the building repaired as it was in poor condition but he ignored it,” Singh said.

According to the police, Poonam’s parents lived on the ground floor of the building and they escaped unhurt. They have informed Chhotu’s family about the accident.  (Agency)