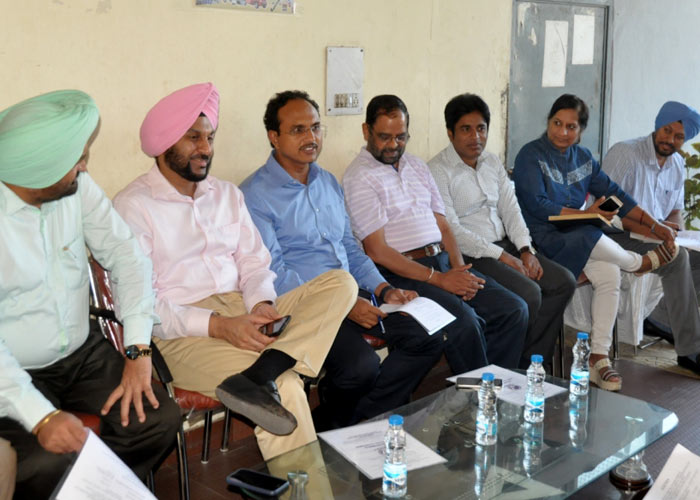 Presiding over a meeting at Surjit Hockey Stadium, Deputy Commissioner Mr Varinder Kumar Sharma and Commissioner of Police Mr Gurpreet Singh Bhullar said that the tournament is organized every year by society.

They said that a Delhi based private firm has been called up here and everything will be on track within two days.

DC further directed MC teams to ensure proper cleanliness, fogging, road carpeting around the stadium within two days. He asked PSPCL to ensure uninterrupted power supply during the tournament and health department to depute medical teams in the stadium.

They said that this year, Surjit Hockey Society has also decided to give Alto Car along with other prizes like Motor Cycles, TV, Refrigerators, etc. to the spectators, who will come to witness the Surjit Hockey matches through draw system.

They stated that Surjit Hockey Society was playing a vanguard role for grooming the young players and told that this society has produced several players who have proved their mettle in national and international events.

The Deputy Commissioner and Police Commissioner further said that society was further making every effort to channelize the unbounded energy of youth in a positive manner especially in the field of sports.

Mr Sharma and Mr Singh said that society has laid the foundation of a great movement aimed at the revival of the national game by imparting world-class training to youth.