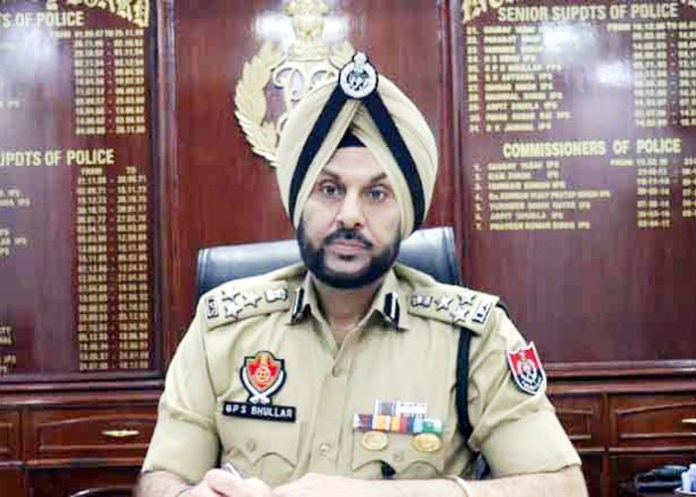 Divulging the details, Commissioner of Police Gurpreet Singh Bhullar said that special Nakas were installed across the city to ensure night curfew was strictly being enforced. He further added that during the checking two FIRs have been lodged by the Police division no. 5, Basti Bawa Khel, and Division No. 7 police station while one FIR each registered by the police station Bhargo Camp, Sadar, Division No. 8, and Division No. 6 Police stations respectively.

Apart from these FIRs and arrests, the 298 traffic challans were issued by the officials including GO rank officers, traffic staff, PCR, and women’s cell throughout the day, he added.

He mentioned that out of these FIRs, 736 were registered for not wearing masks and 898 accused arrested in these cases.

Mr. Bhullar added that a total of 115 FIRs were registered last month including 27 FIRs for not wearing masks, 12 for social distancing, and 75 for other violations wherein 129 accused were arrested during the same period. The Police have issued a total of 3205 challans for not wearing masks and a fine worth Rs. 3205000 has been imposed on offenders, he said.

The CP stated that on April 20, 2021, police have registered two cases of smuggling of illicit liquor by recovering 18,000 ML licit liquor and nabbed two accused. Whereas during the last year from March 22, 2020, to April 20, 2021, 666 FIRs were lodged against the bootleggers/smugglers along with the arrest of 732 accused and a massive recovery of 14625 ML of illicit liquor, 20085725 MLS of licit liquor, 1448 liters of Lahan, and around 20 boxes of beer. Meanwhile, during the prevention action against habitual offenders as many as 130 Kalandras have been registered besides arresting 38 accused.

Mr. Bhullar appealed to citizens to strictly follow Covid appropriate behavior in their routine affairs to keep the virus spread at bay.

He said that police were keeping a round-the-clock vigil to ensure the proper enforcement of these guidelines and any kind of violation would be dealt with a heavy hand. All GOs, and SHO of police stations were present in the meeting.