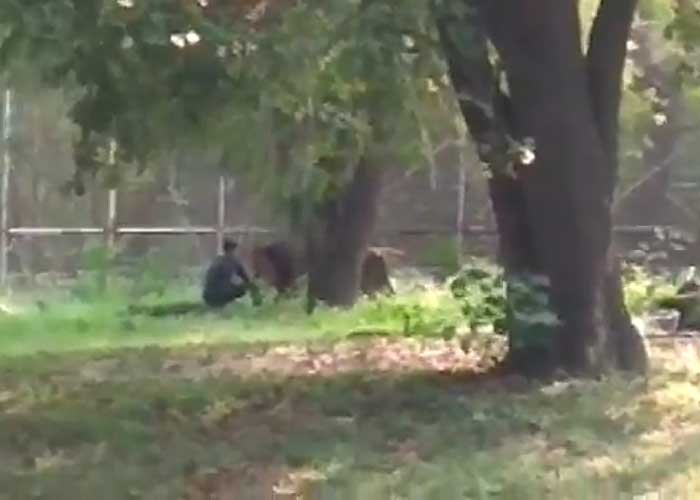 A 21-year-old man entered into a lion’s enclosure in Delhi zoo on Thursday but was rescued by the authorities in time, police said.

Joint Commissioner of Police Devesh Chandra Srivastava told: “Rehan Khan is a resident of Bihar and came to Delhi to visit the city.”

On Thursday, Khan entered into the enclosure of a lion at the Delhi zoo but was rescued by the zoo authorities unhurt, he said.

The incident had led to pandemonium in the zoo.

In 2014, a white tiger named Vijay had attacked and killed a man who jumped over a barricade into an enclosure at the Delhi zoo. The deceased was identified as Maqsood, a factory worker and resident of central Delhi’s Anand Parbat. His parents had said that the 19-year-old was mentally ill.  (Agency)