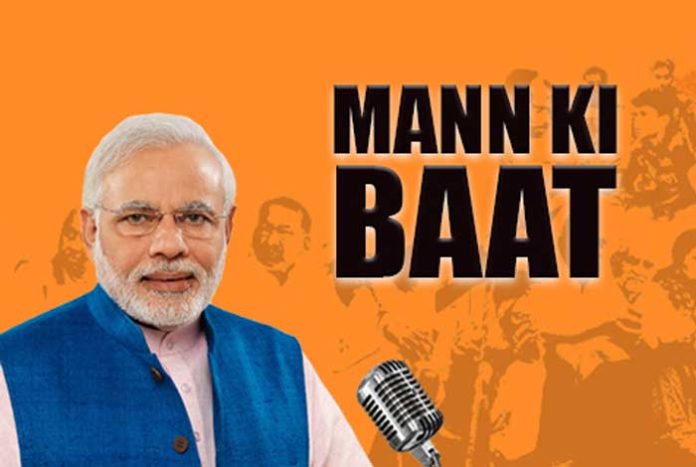 Prime Minister Narendra Modi, choosing to speak on the role of youth in nation building in the backdrop of recent protests over the CAA and NRC, rounded off the year with his ‘Mann Ki Baat’ address to the nation, equating the youth of the country with energy and dynamism.

Noting that the millennial generation, also known as generation Z, is very talented, the prime minister said that this generation hates ideas such as dynastism and casteism. “India has a pool of talented youth, who have faith in the system. They dislike nepotism and chaos. They also believe in questioning the system and it is wonderful that they do so.”

From the Vivekananda Rock to alumni associations’ role in nation building, women’s self help groups and productivity of Parliament, the Prime Minister shared his thoughts on a wide range of topics on Sunday’s Mann Ki Baat – the last edition of 2019.

Conveying his best wishes to countrymen on the forthcoming new year, the prime minister noted that 2020 will be the first year of the third decade of this century and the future of the country depends upon those born in the 21st century.

Stating that India has great expectations from the youth, the prime minister reminded them of January 12, the birth anniversary of Swami Vivekananda, also observed as ‘National Youth Day’. The prime minister said the Vivekanada Rock at Kanniyakumari is an inspiration for the country. “I urge youngsters to visit the Rock Memorial in this year.” he said in his talk.

The prime minister also called attention to the large number of Bills that were passed in Parliament while mentioning about the productivity of the two Houses in the just concluded winter session. He complimented all the Members of Parliament for this achievement.

“We consider our Parliament as the temple of our democracy. Today, I wish to proudly mention, that the parliamentarians that you have elected have broken all the records of the last 60 years. In the last 6 months, both the sessions of the 17th Lok Sabha have been very productive,” he said.

The prime minister took up the success of ‘Sankap 95’, an alumni association of students in Bihar, which has brought in positive change in public health services at Bhairoganj.

He also commended the impact of ‘Himayat’ an initiative in Jammu & Kashmir that has positively transformed lives of 18000 disadvantaged teenagers by equipping them with livelihood skills.

Exhorting the nation to purchase as many local products as possible, the Prime Minister took up the success of women in UP, who had formed the Kadipur Women’s Self-Help Group and became self-reliant by taking up footwear manufacture. He also complimented the local police personnel and their families for patronising the products produced by the Kadipur Women’s Self Help Group.

Recalling the last solar eclipse of the year, which occurred on 26 December, the Prime Minister spoke about India’s past glory in the field of astronomy and the strides it is making now.

The eclipse reminds us that that we are travelling in space while residing on the earth…. Friends, India has an ancient and glorious history of astronomy. Our connection with the twinkling stars in the sky is as old as our civilisation. Many of you might be aware that at various places in India, there are magnificent observatories (Jantar Mantars) – which are worth seeing. And these observatories have a deep bond with astronomy. Who doesn’t know about the prodigious talent of the great Aryabhatta,” the PM said.  (Agency)