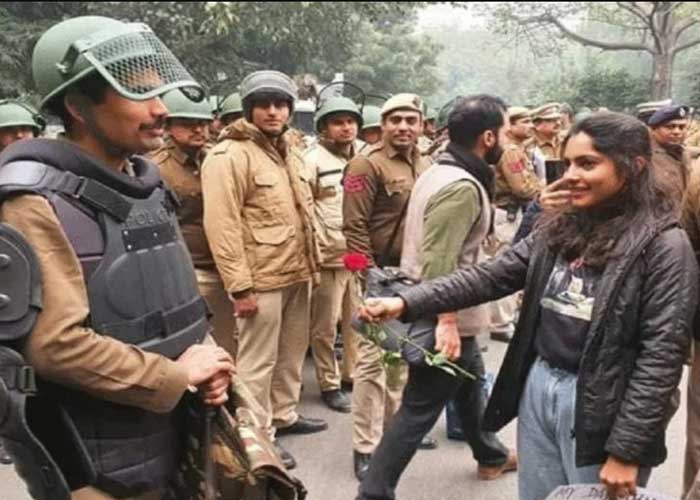 A tweet of a picture of a young woman protester offering a red rose to a security personnel deployed to handle the ongoing protests against the amended citizenship law went viral on Twitter, with many praising the gesture.

Others, however, were not amused.

“Great — it’s pleasing to see such a scene in the midst of mayhem.”

One user wrote: “There is one rose but four persons smiling. Such a powerful gesture.”

Another wrote: “Look at the expression of jealousy on other policemen’s faces.”

In reply, a Twitter user remarked: “They’re not jealous — amidst all the hate they’re getting, they appreciate this gesture.”

One user griped: “Please don’t steal the photo from my Twitter timeline. At least give me credit.”

This evoked further reactions as several users pointed out that the man was more concerned about getting credit for the picture.

One user posted a picture of a glum-looking policeman and wrote: “No one lub (sic) me.”

One user remarked: “If this is the situation, why would that poor policeman be in extreme safety costume?” 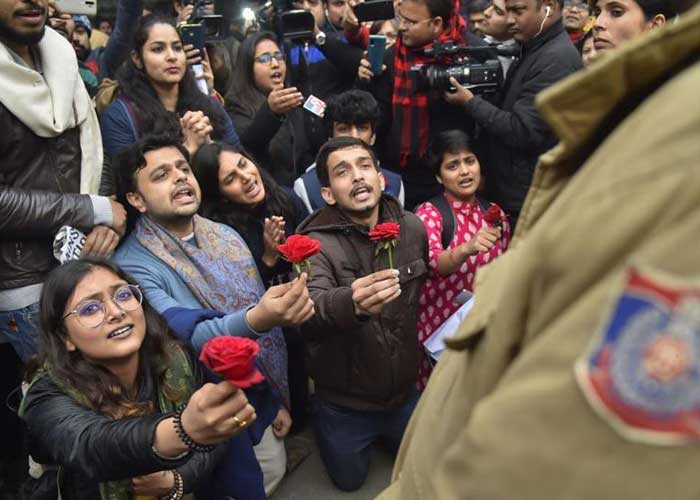