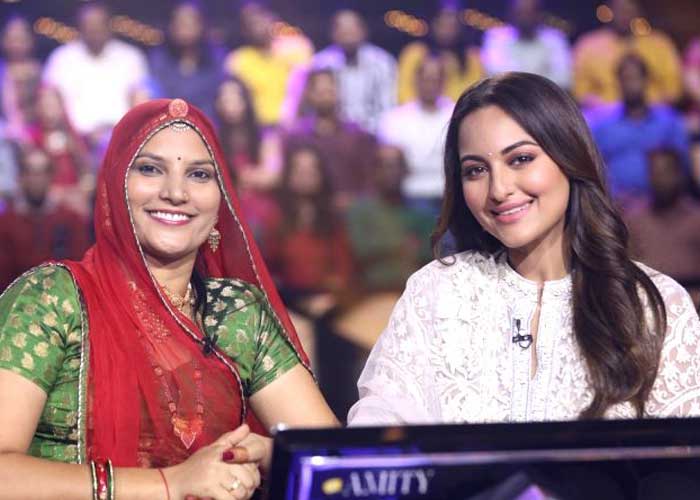 Actress Sonakshi Sinha struggled in giving the right answer to a question on Ramayana during an episode of “Kaun Banega Crorepati”, and netizens soon took to social media to call her #YoSonakshiSoDumb.

In the video, Sonakshi is seen on the hotseat with Rajasthani artisan Ruma Devi, facing show host Amitabh Bachchan. He asks: “According to Ramayana, Hanuman fetched the Sanjeevani herb for whom?” Sonakshi is visibly confused and uses a lifeline.

One Twitter user wrote: “#YoSonakshiSoDumb She did the justice with her movie title Kalank.”

Another wrote: “Don’t judge book by its cover. Still shocked even my non hindu friends could tell the answer #YoSonakshiSoDumb.”

“For those who don’t have the background of this trend. Sonakshi Sinha took helpline for this question but the Mother of Irony is that her Father name is Shatrughan Sinha, Brother names Luv & Kush and she lives in Bungalow called Ramayana. #YoSonakshiSoDumb,” wrote another Twitter user.

One called her “dumbest ever actress”, another named her “Booty without brain”.

Another wrote: “Just look at this #sonakshisinha said in the first place its sita and then she said Ram. And Lakshmann ji be like #YoSonakshiSoDumb”.

Some even compared her to Alia Bhatt, who got labelled as a dumb actress after her appearance on a chat show.

“Who is most dumb female actress in Bollywood? Me: Alia Bhatt. Amit Ji: #YoSonakshiSoDumb.”  (Agency)