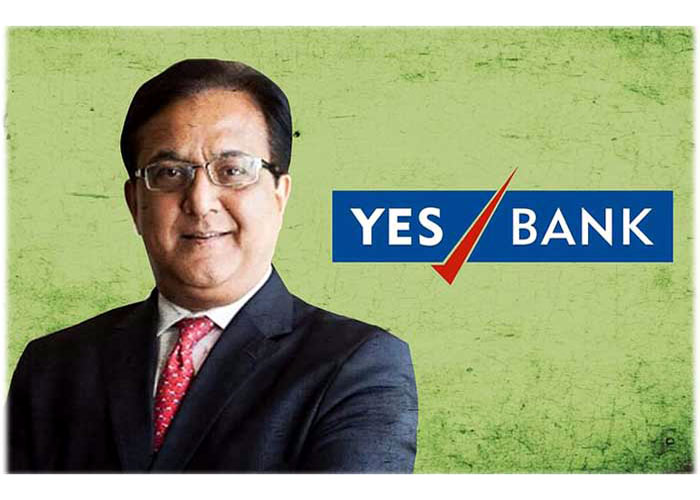 The CBI investigation into the case involving Yes Bank founder Rana Kapoor has revealed that he and his family members were paid Rs 600 crore as kickback by DHFL promoter Kapil Wadhwan in the garb of a “builder loan”.

It was a part of the criminal conspiracy hatched from April to June 2018 between Rana Kapoor, Wadhwan and others for extending financial assistance to Dewan Housing Finance Limited (DHFL) by Yes Bank Ltd.

Yes Bank invested Rs 3,700 crore in the short-term debentures of DHFL for the purpose during the period between April and June 2018, said the FIR which named five companies and seven individuals.

Simultaneously, the Central Bureau of Investigation FIR mentioned, Wadhwan paid kickback of Rs 600 crore to Kapoor and his family in the garb of “builder loan”. The kickback was given by DHFL to DOIT Urban Ventures (lndia) Pvt Ltd — a wholly owned subsidiary of RAB Enterprises (lndia) Pvt Ltd in which Rana Kapoor’s wife Bindu Kapoor is a director and 100 per cent shareholder.

“It has been learnt that the “loan” of Rs 600 crore was sanctioned by DHFL to DOIT Urban Ventures on the basis of mortgage of a sub-standard property with very meagre market value and by considering its future conversion from agricultural land to residential land.”

As per the FIR, DHFL has not redeemed Rs 3,700 crore invested by Yes Bank in its debentures till date.

But, the CBI investigation revealed, the whole amount was siphoned off by DHFL Director Kapil Wadhawan since the entire amount was transferred by RKW Developers to his firm without making investment in Bandra reclamation project for which the loan was sanctioned.

Thus, Rana Kapoor obtained undue pecuniary advantage from the DHFL in the matter of investment in the debentures of DHFL by Yes Bank, through the companies held by his wife and daughters.

Rana Kapoor allegedly may have similarly misused his official position in several other transactions and obtained illegal kickbacks directly or indirectly through entities controlled by him or his family members, the FIR said.

In its FIR, the CBI mentioned that Yes Bank is a private bank governed by the Banking Regulations Act, wherein Section 46-A provides that full-time chairs, Managing Directors and Directors of a banking company are to be considered as public servants.

The Supreme Court in its judgment in Ramesh Gelli vs CBI ruled that the office-bearers of a private bank (under Sections 46-A) would be treated as public servants under Section 2(c) of the Prevention of Corruption Act 1988, said the CBI whose BS&FC unit — a specialised unit which looks into bank fraud cases across the country — is monitoring the case.