The ED had earlier filed a charge-sheet in the case against Kapoor, his daughter Roshni Kapoor – promoter of DoIt Urban Ventures (India), DHFL’s Kapil R. Wadhawan, Dheeraj R. Wadhawan, and other entities, like Belief Realtors and RKW Developers. Some foreign assets of Kapoor have also been frozen by the federal agency.

Besides, a bungalow linked to Kapoor at 40 Amrita Shergill Marg in New Delhi having a market value of Rs 685 crore has also been attached. The attached assets belonging to Kapil Wadhawan, Dheeraj Wadhawan and related entities total Rs 1,411.9 crore which include 12 flats in Khar (West) in Mumbai; one flat in New York and two flats in London, two land parcels in Pune and Mulshi; one commercial property in Australia; five luxury vehicles and 344 bank accounts.

The attachments follow a case registered in March by the Central Bureau of Investigation (CBI) under various laws, including the Prevention of Corruption Act, against the accused and unknown entities pertaining to fraud charges against Yes Bank. Kapoor was arrested on March 8 and the next day, the CBI searched the premises of the accused. In early May, the ED also filed separate charge-sheet before a Mumbai Special Court.

The ED is separately probing allegations of Rs 600 crore payment to a company, controlled by Kapoor and his family, by a firm linked with the scam-tainted DHFL.

The Kapoors, including his wife and three daughters, allegedly received huge kickbacks through the companies owned by them for sanctioning big loans to some corporate entities that later turned into non-performing assets. DHFL founders, Kapil Wadhawan and Dheeraj Wadhawan, were arrested in April by the CBI in the same case from Mahabaleshwar hill station. They were absconding since the start of the probe.

The CBI has charged that Yes Bank invested Rs 3,700 crore in short-term debentures in DHFL for which the Wadhawans paid Rs 600 crore kickback to the Kapoors in the form of a loan to DoIT Urban Ventures, owned by his daughters.  (Agency) 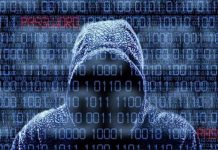