Home National Yediyurappa: A CM for now or never again 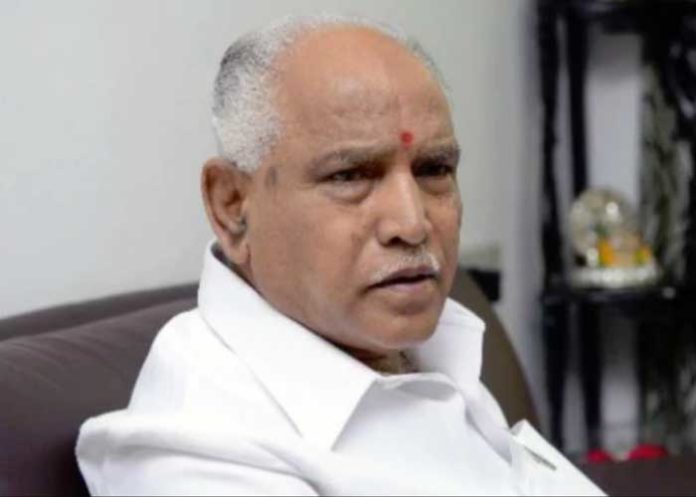 The return of B.S. Yediyurappa for the fourth time as Karnataka’s Chief Minister is a case of now or never again as his age is against him for the top post in troubled times.

At 76 years, the never-say-die veteran politician is above the ‘75 years age’ bar his party (Bharatiya Janata Party) has set for all its members against holding an executive post since the rise of Prime Minister Narendra Modi and party President Amit Shah to national politics.

“In view of Yediyurappa’s singular contribution to the Bharatiya Janata Party’s rise in the southern state and leading it to power for the fourth time in 12 years, an exception to the age bar was made to enable him to become chief minister in 14 months after he quit, when the party fell nine seats short of the 113-halfway mark for a simple majority in the 225-member Assembly,” a party official told here on Saturday.

A split verdict in the May 2018 Assembly elections threw up a hung House, without simple majority (113) for any party, as the BJP won 104 seats, Congress 80 and Janata Dal-Secular (JD-S) 37.

In fairness, state Governor Vajubhai Vala gave Yediyurappa an opportunity to form the government on May 17, 2018 despite a fractured mandate because the BJP emerged as the single largest party with 104 seats and asked him to prove majority within 15 days to survive and continue.

But a midnight order by the Supreme Court to prove majority in 24 hours forced Yediyurappa to resign three days after being in office for the third time than face a humiliating defeat in the trial of strength on May 19, 2018 in the absence of the required numbers.

Though the present situation is no better in the number game, Yediyurappa is upbeat on winning the trust vote this time on July 29, thanks to over a dozen Congress and JD-S rebel legislators who resigned affirming to abstain from the Assembly on Monday for allowing him to win the trust vote, albeit with a thin majority.

Absence of 15 rebel lawmakers, two Congress MLAs as they are in hospitals, two Independents and one Bahujan Samaj Party (BSP) member from the Assembly, enabled the BJP to defeat the JD-S-Congress government on July 23 by six votes when former Chief Minister H.D. Kumaraswamy put his confidence motion to vote in a truncated 205-member Assembly.

As the BJP’s mascot in South India where it has been striving to spread footprint over the last two decades, the phoenix-like rise of Yediyurappa to the top executive post from the ranks of being an ordinary activist in the right-wing Hindu organisation, the Rashtriya Swayam Sevak (RSS), has been anything but smooth, as controversies dogged him throughout his five-decade-old political career.

When fortune favoured Yediyurappa to become the chief minister for the first time in October 2007 in the BJP-JD-S coalition government, he lasted in the elusive post for over a month as the regional party withdrew support, resulting in its fall in November 2007.

Yediyurappa became chief minister for the second time after the BJP came to power for the first time in South India on its own in the May 2008 mid-term assembly election, riding on a sympathy wave over the JD-S betrayal.

But his indictment by the state anti-graft watchdog (Lokayukta) in the multi-crore mining scam, however, forced Yediyurappa to resign three years later in July 2011, denying him a full (five-year) term in the office.

The BJP’s hope of spreading its wings beyond Karnataka in South India suffered a blow when Yediyurappa left the party in December 2012 over differences with its then high command and floated a regional party – Karnataka Janata Party (KJP) – which not only split the votes in the May 2013 Assembly election, but also reduced the BJP’s strength in the lower House to 40.

The return of Yediyurappa to the BJP in late 2013 revived its fortunes as the party won 18 of the 28 Lok Sabha seats from the state in the 2014 general elections under his leadership. He also won from the Shivamogga parliament constituency.

On reprieve from courts in various cases related to freeing of lands from government control (denotification) and his alleged involvement in the mining scam that rocked the state from 2001-2010, Yediyurappa was made the party’s state unit president and the party declared him as its chief ministerial face ahead of the May 2018 Assembly elections.

Born on February 27, 1943 in Mandya district, about 100km southwest of Bengaluru, Bookanakere Siddalingappa Yediyurappa (B.S.Y.) is confident of proving majority this time and remaining in office for the next four years of the Assembly term.

The seasoned politician won for the eighth time from the Shikaripura assembly segment in his home district of Shivamogga in the Malnad region, about 300km northwest of the state capital.

After graduation in the early sixties, Yediyurappa joined the government service as a clerk in the state social welfare department but quit soon and started a small-time business to sell hardware at Shivamogga.

His long-term association with the RSS and the Jan Sangh since boyhood instilled a sense of hard work and pride in him to do social work and he entered politics for public service, especially farmers, women and youth.  (Agency)