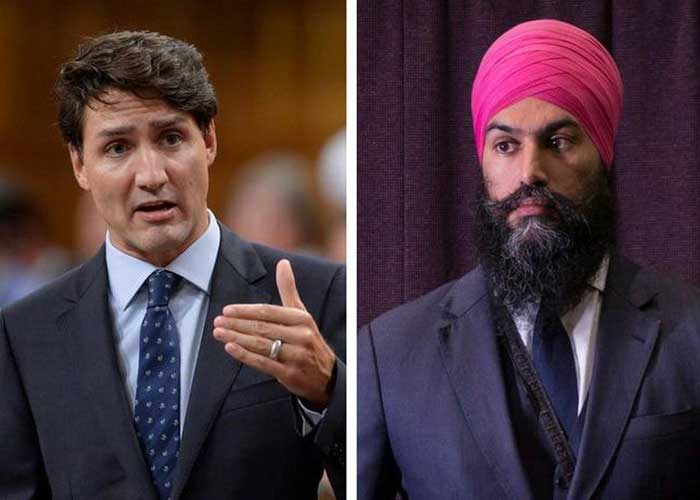 The World Sikh Organization of Canada offers congratulations to Prime Minister Justin Trudeau on being re-elected in Canada’s 43rd general election. The Liberal Party of Canada will return to Parliament Hill with a minority government.

WSO President, Tejinder Singh Sidhu said today: “We offer our congratulations to Prime Minister Justin Trudeau and the Liberal Party of Canada on their victory. We look forward to working with this government in addressing some key issues we identified during the campaign, including the rise of intolerance and Bill 21 in Quebec, which poses a critical threat to human rights in Canada.

We also would like to extend our congratulations to NDP Leader Jagmeet Singh on being the first Sikh and the first person of colour to run for Prime Minister of Canada. This was a historic achievement, not just for Sikhs, but for all racialized communities across Canada. Jagmeet Singh provided an important voice on the issue of racism in Canada and we look ahead to his continued leadership on this issue.

Sikh Canadians have once shown they are an integral part of Canada’s political fabric by playing an important role in every political party during this election. We look forward to seeing all 17 elected Sikh MPs serving their constituents and their country in the next Parliament.”