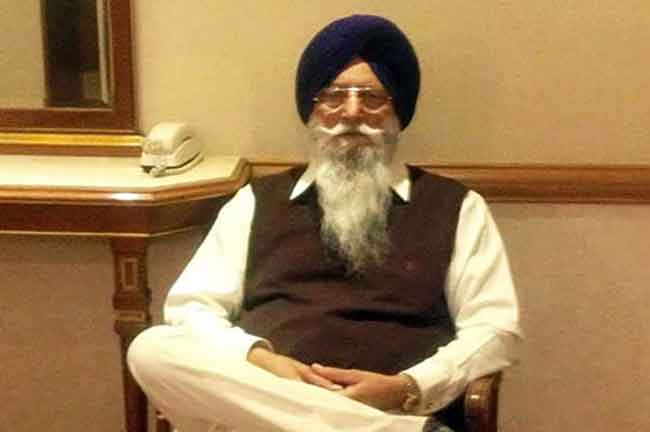 “Earlier Sukhpal Singh Khaira, leader of Punjab Democratic Alliance (PDA) demanded from us to withdraw our candidate General JJ Singh from Khadoor Sabhib constituency to strengthen the hands of Bibi Khalra. Now while we have withdrawn our candidate from the election fray, Khaira is reluctant to field Bibi Khalra as an independent,” alleged Brahmpura.

“If Paramjeet Kaur Khalra contests as an independent candidate from Khadoor Sahib, even Bhagwant Mann, state president of AAP has assured me to support her. Besides, some more parties, social and human rights committees may also join to support her. But now many are saying that they would not support Paramjeet Kaur Khalra if she is Khaira’s candidate,”said Brahmpura.

Responding to query, Brahmpura said that AAP is also a big factor in Khadoor parliamentary constituency.” If AAP is there, it may lead to a split the votes which would surely a benefit to the two traditional parties in the battle field. If we are united, we can easily defeat the Congress and SAD who are no longer popular among the masses. The people are fed up with these parties and want a change. But if there are more candidates in election fray and we fail to reach upon a consensus on the nomination of Paramjeet Kaur Khalra to field her as an independent candidate, it would be our loss,” said Ranjit Singh Brahmpura.

“We can only request and appeal Sukhpal Singh Khaira to honour the sentiments of the masses and Sikhs abroad because her husband had laid down his life the great cause during militancy. People want Jaswant Singh Khalra’s wife to elect their MP. Now ball is in the court of Sukhpal Singh Khaira whether he gives up his ego rising above politics and announces Bibi as an independent candidate. If there is any loss of votes due to it, it would be the responsibility of Sukhpal Singh Khaira alone,” Brahmpura said.

Brahmpura denied his going back in SAD folder responding to a statement made by Sukhbir Singh Badal, SAD president. “I am not going to say much in this regarding as we have been as family for about half the century, but there is no going back now. We shall contest the elections as SAD (Taksali) is here to stay.”

About the rumors rife in the air that BJP may parachute Sunny Deol, a film actor from Mumbai to Amritsar, Brahmpura termed it as a bad trend in politics.

“It is very sad and unfortunate trend in our politics to bring parachute candidates only to win elections who have no connection with the constituency and flee after wining leaving the people in the lurch. It also demoralize out grass root workers who actually work to ensure the win of a candidate,” Brahmpura said.