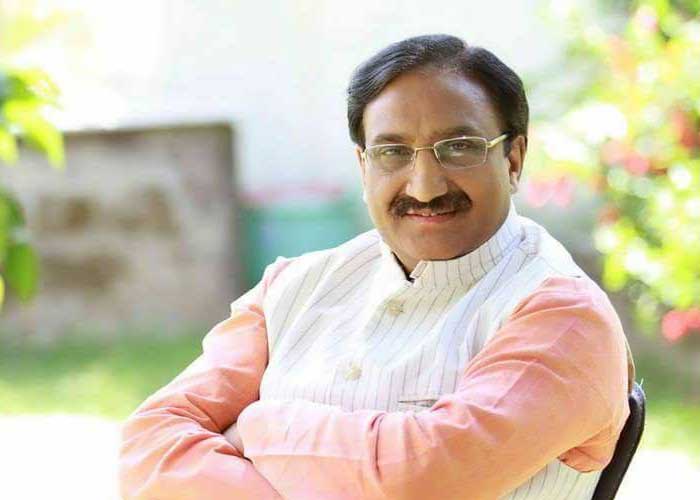 Amid the furore over the holding of JEE and NEET exams next month, Union Education Minister Ramesh Pokhriyal ‘Nishank’ said that his Ministry is fully prepared for safe conduct of both these exams and is committed to ensuring the safety of the students.

The government doesn’t want a zero academic session as the students will have to bear a huge loss, he said. “We are committed to a bright future of our students.”

The JEE Main and NEET examinations were scheduled to be held in April-May but due to the Covid-19 outbreak, they were postponed to July, and finally it was announced that the examinations will be conducted in September.

Nishank told that many parents, students and teachers across the country have written to him, requesting that the exams be conducted as the aspirants have been preparing from last year.

He appealed to the students to give the exams diligently and not to worry about the safety of the examination centres.

Expressing his concern over attempts to politicise the issue, the Minister said: “I request all my colleagues in the opposition to abide by the orders of Supreme Court. Rather than politicising the matter, they should cooperate in building the bright future for the students.”

While the opposition is raising concerns over the safety of the students and urging the Centre to postpone the exams, Nishank said that being the Education Minister of the country, he will never compromise with the future of the students.

He said that politics over education by the opposition is “totally immoral” and the students are also aware about it. “The students are already under stress and if we don’t conduct the examinations on time, the stress will further increase,” he added.

Excerpts of the interview:

‘The academic session won’t be wasted’

The Education Minister said that the students work hard the entire year for these entrance exams and it will be an injustice to them if they are denied the chance to appear for them. These exams decide the future of the students and further delay in the exams will lead to a zero session due to which their professional career will suffer, he said, noting, the Supreme Court also said stressed this in its decision.

Nishank said students are excited about the exams as around 19 lakh admit cards have been downloaded till now and the number is increasing.

“They said that the dreams and the future of the youth should not be compromised with,” he said.

Even the Supreme Court and the National Testing Agency (NTA) have said that there is no point in wasting a precious year of the students, Nishank said, adding that the NTA said that if this year is termed a zero academic year, then how will they accommodate the candidates of this year as well as next year in the next year.

‘All safety measures to be followed both inside and outside centres’

Nishank said that he himself will ensure that all the safety measures are followed during the exams and social distancing will be followed strictly not only inside the examination centres, but outside them also.

In order to maintain social distancing, the number of students in a room has been halved to 12 from 24 while the examination centres for JEE have been increased to 660 from 570 and 3,843 from 2,846 for NEET, he said.

Apart from this, the shifts for JEE exams have also been increased and almost 99 per cent of the students have been allotted the centres as per their first preference, the Education Minister added.  (Agency)