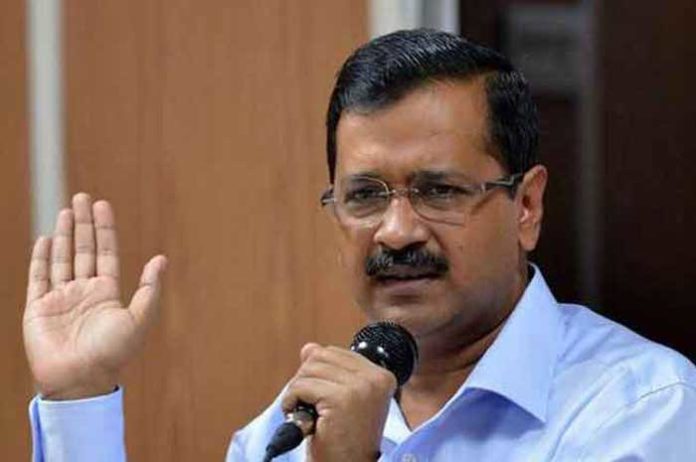 Allowing cars driven by women to be exempted from the Odd-Even scheme, Delhi Chief Minister Arvind Kejriwal on Saturday announced that private CNG vehicles will need to follow the road rationing scheme starting November 4. Speaking to the media, Kejriwal said the discussion is still on for exemptions for two-wheelers and the fine levied on violators.

He said cars driven by women with all women passengers or a child below the age of 12 will be allowed to commute without any bar, just like the previous two editions of the scheme.

“Women drivers will continue to be exempted from the provisions of the odd-even road rationing scheme keeping their security in mind,” Kejriwal said.

However, the private CNG vehicles, which were exempted during the previous edition of Odd-Even, will not be exempt this year, he said.

“In previous editions of Odd-Even, CNG vehicles were exempt. But we observed that the CNG stickers to denote vehicles were sold in the black market and misused by some people to bypass the Odd-Even scheme. This defeats the purpose of Odd-Even.”

Encouraging people to carpool to work during Odd-Even, Kejriwal said, “most people who use private vehicles prefer to carpool. This is what was observed even the last time.”

On the question of exemptions for two-wheelers, he said: “Two-wheelers do pollute the air and we believe they should not be exempt under Odd-Even. But at the same time given the number of two-wheelers in Delhi, it is impractical to take half of them off the roads. Delhi doesn’t have such a large amount of vacant capacity in our public transport to be able to do that.”

However, he added, the decision on two-wheelers has not been taken yet by the government.

“The government is trying to resolve the contradiction on this issue. In principle, we have decided to stagger office timings. We are consulting experts on this and will share more information when the decision is taken,” he added.

Commenting on the fines that will be levied on violators, Kejriwal said, “our aim will not be to heavily fine violators, but to request them to follow the rule.

“I want to remind you of the first Odd-Even when we had deployed a large Civil Defense force that was playing a constructive role in reducing violations. They would stand at intersections and urge violators to return home and leave their cars behind. But violators will be liable to pay fines are per the New Motor Vehicles Act. We are looking into what the quantum of the fine shall be.”

For the steps being taken by the government, Transport Minister Kailash Gahlot said 2,000 private buses will be engaged during Odd-Even and the cab operators were warned against surge pricing.

“Delhi government will engage 2,000 private buses for the Odd-Even period for the additional load at Rs 50 per kilometer. We have also met with Uber and are going to meet other cab operators and strictly warned them against indulging in indiscriminate surge pricing. Uber has committed to us that they will not permit more than 1.5 times the regular fare during the Odd-Even period.

Delhi will witness the odd-even scheme for the third time between November 4 and 15.   (Agency)