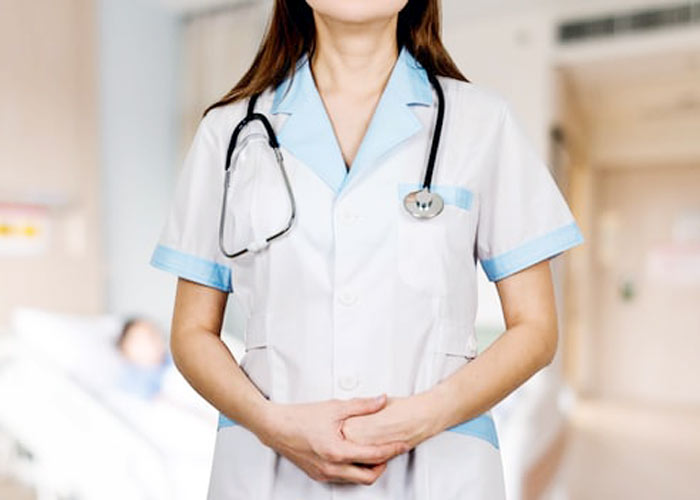 A woman doctor serving at a government-run hospital in Hyderabad alleged that a private hospital charged her Rs 1.15 lakh for one-day treatment of Covid.

Dr Sultana, who is assistant civil surgeon at Fever Hospital, also claimed in her selfie video that the hospital authorities detained her for not paying the bill.

The doctor, who had tested positive for Covid along with her brother and daughter, kept crying throughout the 1.5 minute video which went viral on Sunday.

She said she was admitted to Thumbay Hospital due to shortness of breath. “For one day they are charging Rs 1.15 lakh. I could not pay so much. My brother paid Rs.1.5 lakh. We paid Rs 1.9 lakh cumulatively,” said the doctor.

She alleged that the hospital authorities were not discharging her and not behaving properly.

“They gave me insulin but denied me the food after that. They are also making false allegations against us,” Dr Sultana said.

“How can we be so cruel to a doctor and a COVID warrior herself and detain her for non-payment of bill,” asked Majlis Bachao Tehreek (MBT) leader Amjedullah Khan in a tweet directed at Health Minister E. Rajender.

Police said they had not received any complaint. The police found that the doctor left the hospital early on Sunday.

The incident occurred amid complaints by many Covid patients that private hospitals were charging them heavily and not following the tariff fixed by the state government.

According to Khan, a private hospital refused to handover the body of a patient who died of Covid to his relatives due to non-payment of Rs 5.22 lakh. The family had already paid Rs 5.30 lakh.

Meanwhile, Fever Hospital Superintendent K. Shankar said Sultana tested positive two days ago during screening of the staff at the hospital. He said the doctor approached the private hospital without informing them. He said they could have made better arrangements for her treatment.

Health Department officials said they had taken note of the doctor’s complaint and were making necessary arrangements for the treatment.  (Agency)