Home National Within 20 days, despite lockdown in Iran, 1,142 Indians returned: Centre to... 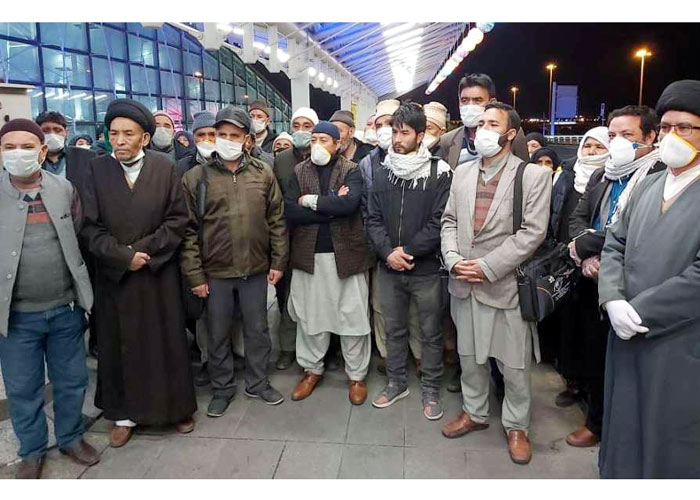 The Centre on Wednesday informed the Supreme Court it has already facilitated the return of 1,142 Indians — 787 pilgrims, 219 students, 136 others “under intense operational constraints after restrictions were instituted for public health reasons in Iran, where it was difficult to organize transport, accommodation and other logistics”.

The Centre submitted a status report in the apex court on the steps taken to assist Indians, including pilgrims stranded in Iran, in the wake of COVID-19 pandemic.

Due to the scale of COVID-19 in Iran, the local authorities and resources in Iran are stretched — public services are not functioning normally and there are difficulties in accessing some parts of the country due to the large distances involved — and the problems quadruple due to suspension of public transport services and inter-provincial lockdown.

“The officials of the Indian Embassy and consulates in Iran continue to work selflessly even in the face of personal risk and unprecedented challenges to ensure the well-being of Indians in Iran and are providing all possible humanitarian assistance to the remaining Indians including pilgrims, students and fishermen”, said the report submitted by a senior official of Ministry of External Affairs handling Pakistan, Afghanistan and Iran.

The report was filed after the apex court issued notice to the Centre on a plea for immediate evacuation of around 850 Indian Shia pilgrims from the city of Qom, the Iranian epicentre of corona outbreak.

The report said the Indian evacuated from Iran are currently quarantined at various locations in India. In early March 2020, a team of six Indian health officials were deputed to set up testing and sampling facilities.

A total of 2,023 samples, including those of 1,158 Indian pilgrims, belonging to the Union Territory of Ladakh, Union Territory of Jammu and Kashmir and Maharashtra, who were stranded in Iran were collected. These samples were sent for testing at National Institute of Virology, Pune, in batches as limited flights were cleared for operations.

On March 7, the first batch of samples was sent to India and the entire exercise ended on March 18. The Centre said as the test results were made available, repatriation of the Indian nationals was initiated. “Fifty-eight Indian pilgrims (25 men, 31 women and two children), who tested negative, were repatriated by an Indian Air Force special flight on March 10.

“As limited commercial flights were cleared for operations, the embassy made arrangements for transportation to ferry the Indians to Tehran,” said the report. The pilgrims were mainly residing in Qom city, the epicenter of coronavirus outbreak; students in Tehran, Shiraj, Esfahan and Kish cities; and fishermen in Asaluyeh, Chiruyeh and Kish cities of Iran.

The Indian Embassy has arranged a well equipped quarantine facility to take care of about 250 pilgrims who tested positive. A dedicated team of senior officers of the Embassy has been working closely with several Indian volunteer students in Qom to ensure the well-being of these Indians, and most of the pilgrims who tested positive are recovering well.

There were more than 6,000 Indian nationals in various provinces of Iran. These included nearly 1,100 pilgrims mainly from the Union Territories of Ladakh and Jammu and Kashmir, and Maharashtra; nearly 300 students primarily from the Union Territory of Jammu and Kashmir; about 1,000 fishermen from Tamil Nadu, Kerala and Gujarat; and others who are on long-term stay visas in Iran for pursuing their livelihood and religious studies.

“These places are spread over large distances and have poor connectivity. Places like Lavan Island do not have ferry services. Bustaneh, the nearest place, is at least 200 km from the Indian Consulate in Bandar Abbas. Asaluyeh, the farthest, is about 500 km from Bandar Abbasa, said the Centre.  (Agency)