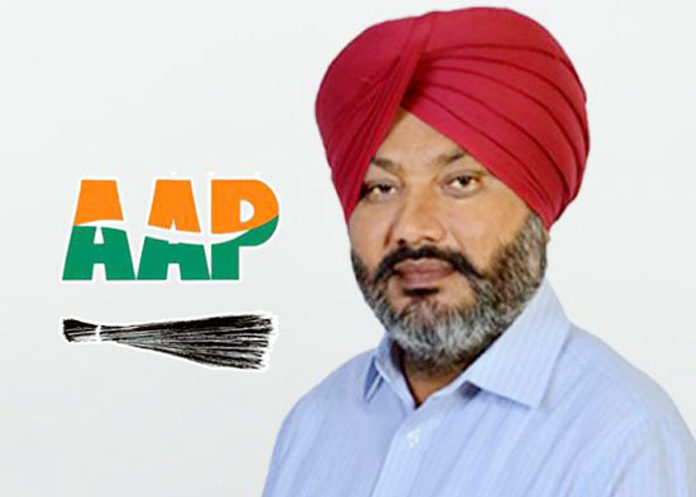 Chandigarh, October 28, 2020 (Yes Punjab News)
The Aam Aadmi Party (AAP) Punjab has taken a strong exception to the withholding of Rural Development Funds (RDF) to Punjab to the tune of Rs.1000 crore by the Modi government at the Center, describing the move as the beginning of implementation of the black laws on agriculture.

The AAP also targeted the Amarinder Singh government of Punjab for being complacent to the union government’s deadly move, demanding that the government in the saddle should come out with a white paper on RDF expenditure so that the people of Punjab could know the whole truth about the allegations of misappropriation of funds by the Modi government.

In a statement issued from the party headquarters, senior leader of the party and Leader of Opposition (LoP), Harpal Singh Cheema, said that the manner in which the Modi government had withheld the Punjab’s Rs 1000 crore on account of RDF payable to Punjab, accusing the Modi government of being revengeful to the state and interfering in the internal affairs of the states, besides being an affront to the federal structure of the country.

Cheema on the occasion said that in the distressing situation, including the coronavirus pandemic wreaking havoc, the Union Government should not have withheld the funds under any pretext, adding that RDF was for right of the state as this 3% fund was separate from the MSP payable for the services rendered by the procurement agencies of the state.

Cheema said the Aam Aadmi Party was a party born out of anti-corruption movement and was strongly against corruption at any level or the government indulging in it. He questioned that if the Center had any doubts about RDF funds sanctioned to Punjab, it should have got the matter investigated by the CAG, instead withholding as the same would have direct bearings on the people of Punjab.

Cheema said that the Modi government was adopting all kinds of designs to derail the peasants’ struggle under a deep conspiracy, saying it was unbecoming on the part of the government to stop freight trains to Punjab, which smacked of revengeful attitude of the government.