Home National With Ram Mandir in sight, who are heading VHP 2.0? 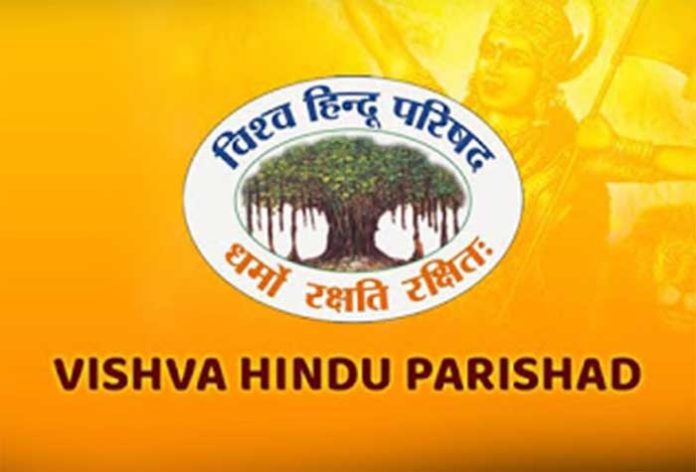 Giriraj Kishore, Ashok Singhal, Praveen Togadia – it was a long list of fiery speakers, leaders who commanded respect across their ranks and whose one word could result in a nationwide agitation.

That was the Vishwa Hindu Parishad’s leadership in the in run-up to 1992 – when the Babri Masjid was brought down – and afterwards. But very few know of the present leadership of the ultra-right organisation that has Hindutva at its core.

The VHP’s purpose of existence has been Hindutva and construction of the Ram Temple in Ayodhya. It was Singhal, whose aggressive championing of the temple at the Babri Masjid site in Ayodhya, helped the BJP to scale new heights.

It was in 1984 that Singhal became the VHP’s Working President and organised a “Dharam Sansad” where the seeds for a sustained campaign to demolish the 16th century Babri Masjid were sown.

The efforts culminated on December 6, 1992 when it was actually demolished. Togadia, another spearhead of the movement, had subsequently said: “If demolishing the Babri structure was a conspiracy, so was ethnic cleansing of Kashmiri Pandits”, showing no remorse even after years.

Singhal was a B.Tech from the Banaras Hindu University (BHU) while Togadia was a celebrated surgeon in the US. But both left a life of relative comfort to join a ultra-right organisation to achieve the dream of a Ram temple.

But as the Supreme Court has set a deadline and a realization of that “dream” seems possible and plausible, the entire leadership is gone. Both Kishore and Singhal are no mored. Togadia has fallen out with Narendra Modi and in a first of its kind election in the VHP in decades, held in Gurugram, was voted out. So who are the ones at helm of the VHP now?

The current President of the Vishwa Hindu Parishad is a jurist and former Governor of Himachal Pradesh. Unlike the Singhals and Togadias, Kokje is extremely media shy and hardly gives interviews. A lawyer who practiced for 26 years, he was long associated with the RSS and then Bharat Vikas Parishad, which he had headed.

Though he served as the Vice President of the VHP, he never had the fiery persona of either Kishore, Singhal or Togadia. A man with relatively shy demeanour, Kokje prefers to wear shirts or tee shirts rather than kurtas, like his predecessors.

Often termed a “man of utmost integrity” by his former colleagues, he however lacks the persona to head a committed organisation that boasts of a whopping 6.8 million members.

Known for his sober nature and extremely polite behaviour, Kumar, when compared with his predecessors, told the writer: “Someone’s sobriety shouldn’t be mistaken as someone’s weakness”.

Ever since his anointment, Kumar has raised many issues that caters to VHP’s core base. Recently, the VHP along with other Hindu groups sought amendments to Articles 28, 29, and 30 of the Indian Constitution to enhance the development of Hindu culture.

Article 29 assures protection of the interests of minorities, and Article 30 gives religious minorities the right to establish and administer educational institutions. VHP insiders say that the move was Kumar’s brainchild.

The International General Secretary of VHP is the No 3, as of today. He is an archetypal VHP leader who dons a kurta and puts a tilak on his forehead. When Parande speaks, VHP cadres react positively, something that has also become a problem for him. Now, every state unit of the VHP wants him to address cadres as well as the press.

Topical issues like “love jihad” or the NRC that binds its cadres together are successfully raised by Parande, who still belongs to the old school VHP.

Only this Wednesday, Parande flew to Kolkata to oppose to declare: “The situation in West Bengal has become highly dangerous for Hindu society due to discriminatory attitude of the Mamata Banerjee headed government.” He raised issues of riots in Bengal where Hindus were reportedly attacked, thus catering the VHP’s base.

He is probably the only one who worked with ease in both dispensations. A close confidante of Togadia, Jain still continues to be the VHP’s Joint General Secretary. Many VHP cadres admit that they find a reflection of Togadia in Jain.

“The voice is not as loud but his attitude is just the same”, says a senior VHP official from West Bengal who continues to work with him closely in matters of “love jihad”.

As the Ram Temple utopia of Vishwa Hindu Parishad appears to be in close sight, many old hands of the VHP accepts the current leadership lacks the masculinity that Giriraj Kishore even in his last days was known for. Or for that matter, Togadia. Soon after losing the election to Kokje in June 2018, Togadia, in his typical loud voice, asked, “BJP promised to build one. Where is the Ram Mandir?”

But even if the apex court clears the deck for the Ram Mandir, the VHP won’t have the same charismatic leadership around to celebrate.  (Agency)