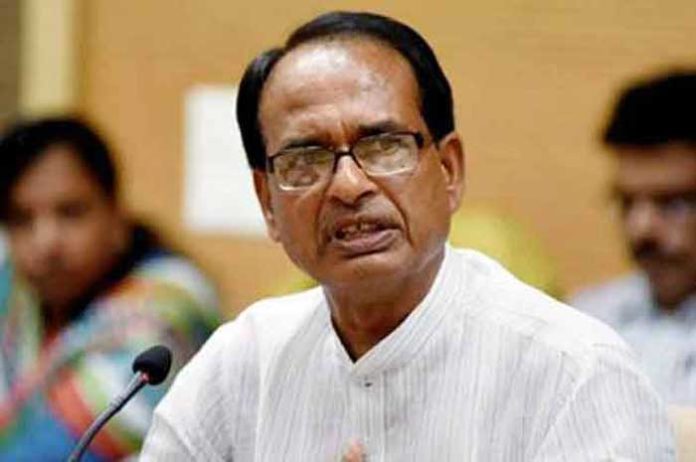 With the Opposition abstaining due to “Corona curfew” the new Chief Minister of Madhya Pradesh Shivraj Singh Chouhan won a unanimous trust vote on Tuesday.

The Assembly proceedings began at 11 a.m. but not a single Congress MLA arrived to attend the House and the vote of confidence turned into a farcical exercise. All MLAs favoured the government.

Earlier Narmada Prasad Prajapati resigned as the Speaker and MLA Jagdish Deora completed the proceedings as pro-tem Speaker. The session was then adjourned till March 27.

After the demise of two members and resignation of 22 the strength of the Legislative Assembly is 206. The abstaining Congress has 92 members and it has a support of two Independents.

Besides, there are two of BSP, one of SP and two independent MLAs. BJP would have normally needed 104 votes to prove its majority. It has 107 MLAs.

While presenting the trust vote Chouhan said that the Governor has asked his government to prove majority in 15 days while it has earned it on day one itself.

After 15 months and six days, Shivraj Singh Chouhan has become the Chief Minister of the state again.

Chouhan is the only leader of the state to hold this post for the fourth time. In view of the corona crisis, only 40 people were called to the oath ceremony. The seating arrangement ensured a distance of at least one meter between each invitee. Barring Doordarshan and ANI no media representatives were handed invitations.

After taking the oath, Chouhan said the only priority now is to prevent spread of Corona virus. This is a big challenge. I will first review the situation and take immediate decisions.

After the Assembly session on Tuesday, he appointed Iqbal Singh Bains as the new Chief Secretary of the state replacing Gopal Reddy.    (Agency)