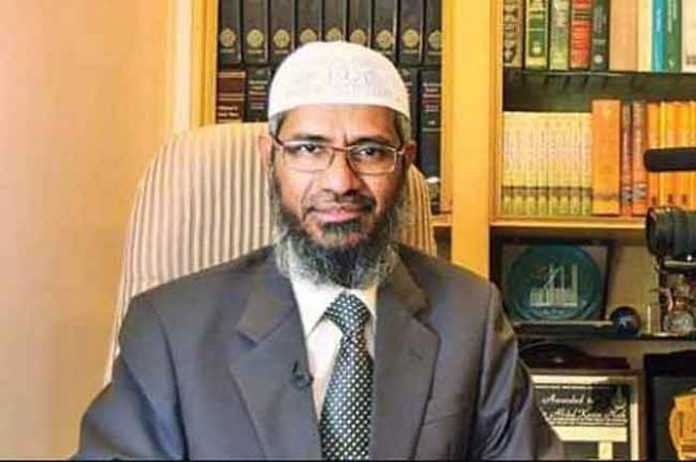 NRI tele-evangelist Zakir Naik on Tuesday expressed his willingness to return to India if the Supreme Court gave him in writing that he will not be arrested and jailed till he is actually convicted.

In a statement, the Islamic preacher – who is on the run – said that while he has trust in the Indian judiciary, he had no faith in the prosecution system.

“Despite allegations and complaints, there is not a single verdict against me in any court anywhere in India or the world. The recent history of India is replete with cases of Muslims being arrested and put in jail for eight-20 years before being declared innocent by the court. Knowing this record of the Indian agencies, I would not like to take chance of ruining my life and my unfinished work,” Naik asserted.

He was responding to the latest developments in India where the Enforcement Directorate (ED) – which has charged him with a Rs 193 crore money-laundering case – is planning to get a Mumbai court issue a non-bailable arrest warrant.

If the warrant is issued, the ED will send a petition to the InterPol seeking a red corner notice (RCN) to all member-countries, including Malaysia, demanding he be extradited to India as per the extradition treaty between the two nations.

On Monday, Malaysian Prime Minister Mahathir Mohamad said that his country “has a right not to extradite” Naik if he is not going to get a free trial in India.

Against this backdrop, Naik wondered what was the reason behind the desperation of the Indian agencies, that is “shameful and keep shifting focus from terror to money-laundering” to make something stick to him.

“I want to hasten up clearing my name from fictitious charges by the Indian agencies, they continue an exercise steeped in injustice and unfairness and are trying to put in jail irrespective of whether I am guilty or not… without trial and without hearing,” Naik alleged.

Accusing Indian agencies of “trying to pin something, some charges, any charges” on him, he pointed out that when the terror charges did not work with InterPol, they moved to money-laundering, but the InterPol refused to accept India’s charges against him twice in two years.

Despite pressures from India, the InterPol has not issued a RCN, and now the agencies are trying their luck with money-laundering to get them to comply, Naik added.

He said the Indian agencies even tried to attach his legally-acquired properties, but on two occasions — in early-2018 and in March 2019 — the Appellate Tribunal stayed their actions as they (the Indian agencies) could not prove that the properties were acquired illegally.

“Any rational mind will see that the Indian agencies are not being driven by their duty of solving a crime but by the will of their political bosses. Fortunately for me, Interpol is not driven by Indian politics. Somehow they are not convinced about my ‘crime’ the way Indian agencies have been claiming,” Naik contended.

He reiterated that he has offered several times to meet any agency officials in Malaysia, these were spurned as they were not interested in giving a hearing or a fair trial, “but put me behind bars… no charges, no trial, no investigations… looks like my punishment has already been decided.”

Under the circumstances, he sought the Supreme Court’s protection in writing after which he was prepared to return to India immediately.  (Agency)