Home National Will personally clarify on CAA to whoever wants: Amit Shah 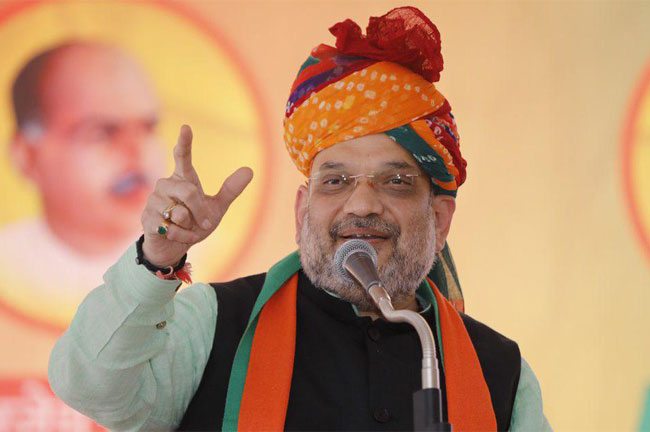 In the wake of nationwide protests against the CAA, Union Home Minister Amit Shah on Thursday vehemently defended the contentious law and said that anyone could seek time to debate the issue with him on merits.

“Whoever wants to clarify this issue can seek an appointment with me. I will personally clarify the issue to them. My office will provide time within three days,” Shah said at the Times Now Summit here.

“The Citizenship (Amendment) Act has no provision that deprives anyone of citizenship, or that it is anti-Muslim or anti-minority. Gandhiji himself insisted that non-Muslims of Pakistan who faced persecution there should be given respect, dignity and citizenship in India.”

The Minister said that India had allowed for leniency in issuing long-term visas to Hindus and Sikhs from the 1960s. “Why is our approach seen in a different light?” he asked.

Hitting out at the Congress, he said: “Successive governments — including those of the Congress — have gradually expanded the scope of facilities afforded to these refugees. We are simply building on that legacy.”

Without naming any country, Shah said that the minorities in those countries had come down from 30 per cent to only 3 per cent of the total population. “It is very clear that these minorities need to be protected,” said Shah, a senior leader of the BJP.

Speaking on the proposed nationwide National Register of Citizens, Shah said that while the issue has been included in the Bharatiya Janata Party’s election manifesto, nothing has as yet been decided on the matter.

Flashing some papers, the Minister claimed that a report by a Parliamentary Committee headed by then Congress leader Pranab Mukherjee had advocated for a nationwide NRC.

He asserted that no one needs to show documents for inclusion in the National Population Register.

“Nobody has been asked for documents in the NPR. Nobody will be asked either. People are supposed to get their details recorded orally,” he said. He was obviously hinting at the ‘kagaz nahi dikhayenge’ slogans.

As for Congress leader Rahul Gandhi’s charge that the Modi government was anti-Dalits, he said that the amendments to the Scheduled Castes and Scheduled Tribes law to deny reservation in promotions in government jobs were actually passed by the then Congress government in Uttarakhand.

Shah claimed that detention of Kashmir leaders like Omar Abdullah was a “local matter” and that the courts were seized of the matter. He claimed that anyone could visit the Valley now.

On February 1, Union Law Minister Ravi Shankar Prasad had said that the government was willing to hold “structured talk” with those protesting against the Citizenship (Amendment) Act and the National Register of Citizens.  (Agency)