Home National Will Narendra Modi drop in at Sangh event during his US visit? 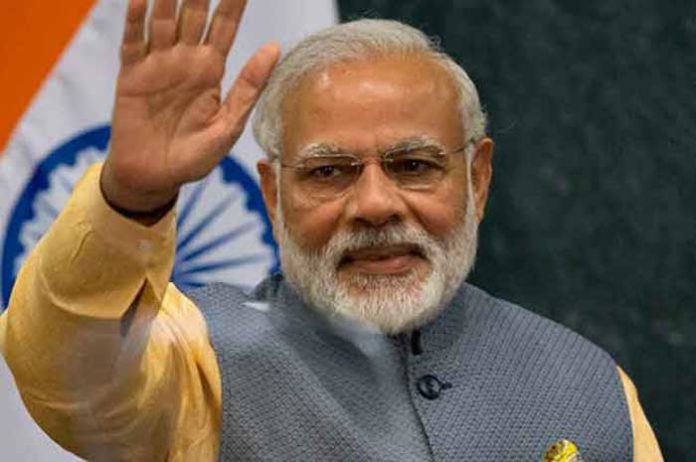 Narendra Modi and the Sangh go back a long way, so much so that present RSS chief Mohan Bhagwat’s father was one of the Indian Prime Minister’s mentors during his formative years. So, little should it surprise that the ethos of the Sangh goes with Modi wherever he goes. But when a top RSS body based abroad holds its national level meeting in the US at the same time when Modi is visiting Washington, it’s too much of a coincidence.

The Hindu Swayamsevak Sangh (HSS) USA is holding its national level meeting on September 17 in Houston, Texas, when Modi will be addressing the Indian American community there. It is an affiliate of the Rashtriya Swayamsevak Sangh (RSS) that Modi has been a part of.

While there is no scheduled visit of Modi to the Sangh’s meeting or any high profile visit from the HSS to “Howdy Modi” — the mega event of Modi that will be attended by US President Donald Trump himself — the Indian Prime Minister is known for breaking protocol.

Be it going ahead and welcoming former US President Barack Obama on January 25, 2015 in India himself or making a “surprise” trip to his former Pakistani counterpart Nawaz Sharif’s ancestral residence in 2015, Modi has changed the rule of the game.

What adds significance to the event is that V. Bhagaiah — joint general secretary of the RSS — is also believed to be attending the HSS meeting at Houston. Bhagaiah, an eloquent speaker who is fluent in Telugu, Hindi and English, makes him the ideal choice for spreading the word of RSS abroad.

Established in 1966, the HSS has branches all over the world. But the US chapter is known to be both critical and influential as the country has 146 branches of this organization.

In the US, the HSS is registered as a non-profit organisation. On its Facebook page, it describes itself as “… a voluntary, non-profit, social and cultural organization. Sangh is inspired by the idea that the whole world is one family and conducts activities across the US in order to spread this message widely. Sangh in the US started in the early 1989 and today has over 150 weekly meeting centres (shakhas) across the country”.

About its motto, the organization says: “Sangh, as the organization is popularly known, aims to organize the Hindu community in order to preserve, practice and promote Hindu ideals and values.”

It also has a fairly strong public presence among the Indian-American community through organization of several events.

Recently, the HSS held the Ganesh Festival in Rutgers University in New Jersey. In January, it organized a Surya Namaskar Yajna. On October 21 last year, it organized the Vijayadashami in Edison.

The organization has also made its way into the power circuit with members of the HSS tying rakhi to US Congressman Jim Sensenbrenner.