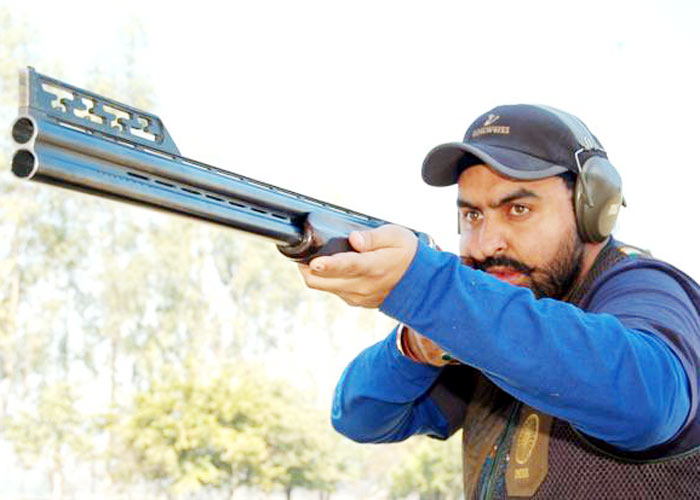 Former world No.1 double trap shooter Ronjan Sodhi, who was roped in by the Haryana police to teach their commandos how to use a shotgun to bring down a drone, has said he will be ready to help even the Indian Army if needed.

Haryana Police’s Drone Application and Research Centre (DARC), which was set up recently in Panchkula, took the help of shotgun ace Sodhi to tackle the menace of drones.

The 2010 Asian Games gold medallist first taught the trainees to shoot down the clay and then the drones on Sunday, as per a report in ‘The Tribune’.

“It was very interesting. Along with the commandos, a lot of senior officials also turned up,” Sodhi told IANS on Wednesday.

Sodhi, a Rajiv Gandhi Khel Ratna winner, added that Anil Rao, Additional Director General of Police (CID wing) who conceptualised DARC, has been in talks with him for more than a year about this.

“He has been talking to me about this for a year and a half. This is something which is very challenging. You never fire a shotgun whether you are in the army or the police. You are never shooting at a flying target. Only in Air Force shotguns are very popular. They have to shoot birds at times. So they are trained,” said Sodhi who has won two ISSF World Cup Finals gold medals in double trap.

He now works as a Deputy Superintendent of Police (DSP) in Punjab police.

“Shooting a drone down with a rifle or a pistol is not easy.

“This is the first initiative by the Haryana police. I don’t think so this has happened before,” he said.

“I am a cop myself. Whenever my services are required, I will help. Tomorrow if the Army wants me in something I am good at, I will be happy to do that. I am sure there will be a lot of other people who will be ready to help,” he added.  (Agency)