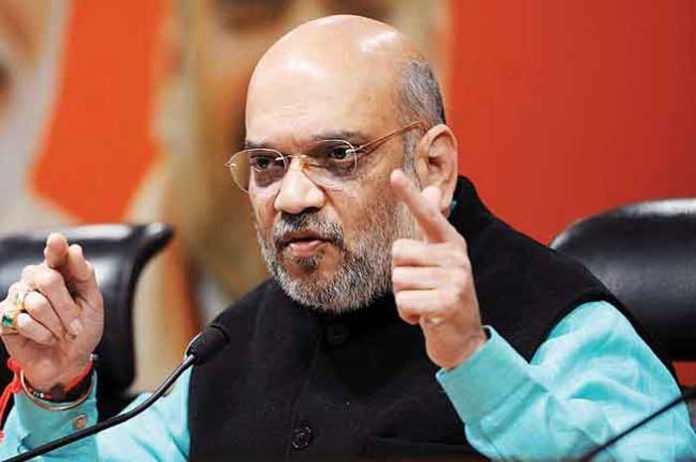 Union Home Minister Amit Shah on Monday indicated that the National Register of Citizens (NRC) will be extended to the whole country and not just Assam, amid concerns that those excluded may spill over to the other states.

“The illegal infiltrators in Assam will neither be allowed to live in Assam nor will they be allowed to enter other states,” Shah said while addressing the 4th conclave of the BJP-led North East Democratic Alliance (NEDA) in Guwahati on Monday.

The Home Minister reiterated that the BJP is going to bring back the Citizenship (Amendment) Bill (CAB) but assured that the government is duty bound to ensure that implementation of the CAB should not impact the existing privileges enjoyed by the northeastern states.

“We are going to bring CAB but the government is also going to ensure steps that the identity and culture of the indigenous people are secured,” Shah said.

Allaying fears from the NEDA regional parties, Shah said that the cut off date for granting citizenship under CAB will be December 31, 2014 and not beyond that.

Shah also reiterated that there is no connection between Article 370 and 371 except the numerical order and added that none of the existing privileges enjoyed by the northeastern states will be withdrawn.

“While Article 370 was temporary, Article 371 is special provision and is a right of the northeast,” Shah said.

Shah said that the Central government is going to be strict in dealing with the issues of cross border drugs smuggling, arms trafficking and human trafficking in the notheastern states and appealed to all the states in the region to coordinate with one other to end this menace.

He also urged the NEDA constituents to work together for their mutual benefit.

“The northeast have already become Congress Mukt. Now there are either BJP or NEDA governments in all the northeastern states. When we have eight chief ministers of NEDA in the region, we must take advantage of the same and use the opportunity to solve problems like border dispute, issues of flood and erosion, hydro power generation etc,” Shah said.  (Agency)