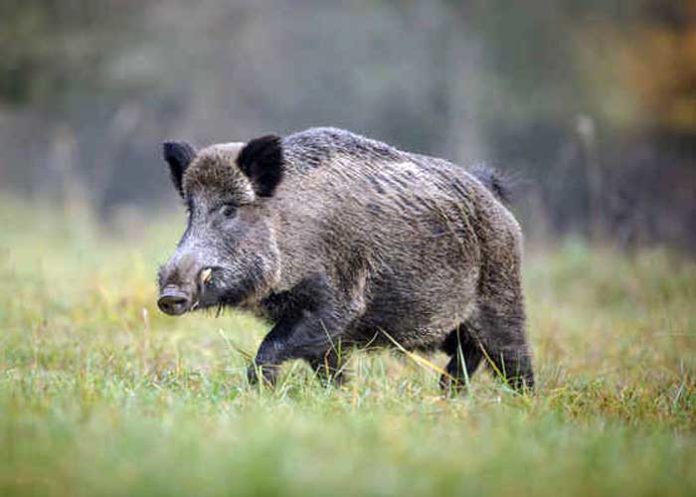 In a threat to native wildlife mammal species, authorities at the Great Himalayan National Park, a Unesco World Heritage site, are perplexed with the spotting of alien invader wild boar in the park’s core zone for the first time.

It was accidentally caught on a camera trap laid by the authorities in the Tirthan side in Himachal Pradesh’s Kullu district and its presence can pose a serious threat to native wildlife species, conservationists warned on Thursday.

The traps are equipped with automatic cameras and installed across the park for recording wildlife and keeping tabs on poachers.

“Only one wild boar was recorded in a camera trap. Now we are trying to estimate its exact number in the park,” Principal Chief Conservator Forest (Wildlife) Savita told here.

“After accessing its exact number, then we will go for a strategy to check and minimise its impact on native wildlife species of the Great Himalayan National Park,” she added.

Invasive flora and fauna species often threaten native ones, by either damaging their habitat, spreading disease or by competing with their food chain.

Many invasive species are successful because they have no natural predators in their new ecosystem.

Because wild boars are highly adaptable animals and prolific breeders, they are also a threat to visitors in the park, say wildlife experts.

The wild boar, which was spotted at an altitude of 3,000 metres, can pose a serious threat to the goral — a small antelope, a park official told.

The park, notified in the year 1999, is home to 203 bird species, including the western tragopan, the Himalayan monal, the koklas, the white-crested kalij and the cheer pheasant.

One of the richest bio-diversity sites in the western Himalayas, the park supports the snow leopard, the Tibetan wolf, the Himalayan brown and black bear, the blue sheep, the ibex, the red fox, the weasel and the yellow throated marten.

Starting at an altitude of 1,700 metres, the highest peak within the park approaches 5,800 metres.

The park, which is totally untouched by road network, has four valleys — Tirthan, Sainj, Jiwa Nal and Parvati.

With the inclusion of both the wildlife sanctuaries in the park, the total area, known as Great Himalayan National Park Conservation Area (GHNPCA), spreads to 1,171 sq km.  (Agency)