Home National Why is my Twitter handle so important?: Aditi Singh 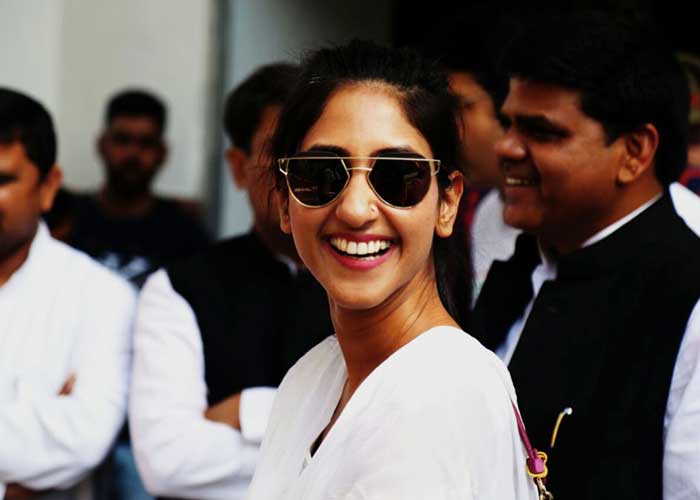 Rebel Congress MLA Aditi Singh finally broke her silence on Thursday on dissociating herself from the Congress on her Twitter handle.

“The world is battling the Corona pandemic. People should help the migrant workers as much as they can. It is not important what is happening on my Twitter handle. I do not wish to discuss the issue as it is not important for me and the people,” she said.

She refused to comment on her future pans and said, “This is a time of crisis and I will not talk beyond that.”

Aditi, on Wednesday, had changed her Twitter profile, removing Indian National Congress from it. She is now ‘AditiSinghRBL’ where RBL stands for Rae Bareli.

Just before switching over to the BJP, Jyotiraditya Scindia had also dropped INC from his profile on the social media.

Aditi, since September last year, has been charting her own course — one that defies the Congress line.

She welcomed the abrogation of article 370 in Kashmir at a time when the Congress was opposing the move. She then defied the party line to attend a special assembly session in UP in October.

She had said that as a legislator, it was her duty to place the problem of her constituency in the state assembly.

Aditi has been regularly praising Prime Minister Narendra Modi and UP chief minister Yogi Adityanath from time to time.

The Yogi Adityanath government, last year, increased her security cover and Aditi, on her part, did not attend the Congress workshop hosted by Priyanka Gandhi Vadra in Rae Bareli.

The Congress has already filed a petition seeking her disqualification form the membership of the state assembly for alleged anti-party activities. However, no action has yet been taken on the petition.

More recently, Aditi slammed the Congress for sending buses for migrant workers and appreciated the work being done by the Yogi government for migrants.

Speculations are rife that Aditi may soon join the BJP and is likely to be named as the party candidate from Rae Bareli in the 2024 Lok Sabha elections.

Aditi is the daughter of former Congress MLA Akhilesh Singh who passed away in August last year after a prolonged battle with cancer.  (Agency)