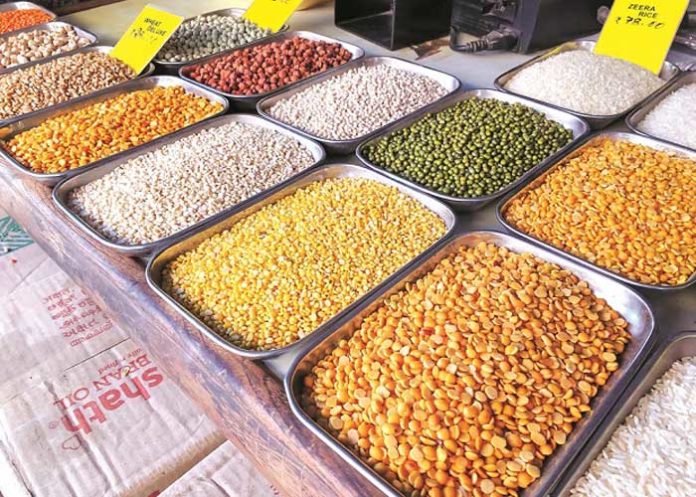 With the government increasing the Minimum Support Price (MSP) for notified kharif crops, the wholesale prices of pulses have gone up by four to five per cent, though the retail market has remained unaffected so far.

The visible impact may be seen after a week after the existing stock in the retail markets is exhausted, feel market insiders.

The retail prices of ‘arhar’, a major kharif pulses crop, can be reined in if the government intervenes and ensures a steady supply from its storage.

The development coupled with the anticipated reduction in pulses cultivation this year by about 20 per cent has set the wholesale prices going up.

As per the Agriculture Ministry, different pulses crops were sown on 34.22 lakh hectares across the country, which was lower by 11.51 lakh hectares year-on-year.

‘Arhar’ has been sown on 12.43 lakh hectares so far this year as against 15.89 lakh hectares during the corresponding period last year.

“As farmers have shifted to other crops such as cotton, soybean, the area under pulses has reduced by 20 per cent this time. So the wholesale prices have gone up by Rs 200-250 per quintal as soon as the MSP were announced,” said Anuj Gupta, Vice President (Commodities) at Angel Broking.

In Delhi, prices of ‘arhar’ have increased by Rs 1 to 94 per kg since the MSP was announced. In the case of ‘urad’, prices have gone down by Rs 1 to Rs 85 per kg while ‘moong’ rates are constant at Rs 89.

Gupta said the prices would increase next week as the current stock with the retailers dries up.

However, the government is not in a mood to take a risk.

A Food Ministry official said supply from the buffer stock would be ensured in the retail markets to keep the prices from spiralling out of control.  (Agency)