Home National Who is Lipi Singh and Why this ‘Lady Singham’ IPS officer is... 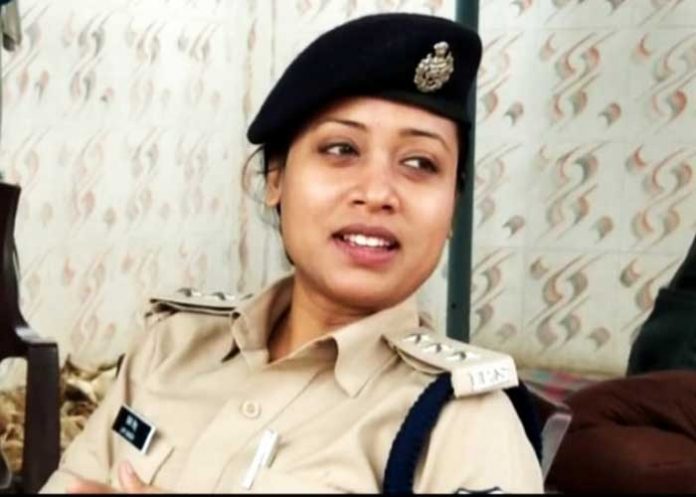 Patna, October 30, 2020 (Yes Punjab News)
The Election Commission of India has ordered the transfers of Munger Deputy Commissioner and Superintendent of Police in view of incident of firing in which one person was killed and several others were injured.

IPS officer Lipi Singh, the SP of Munger has been moved.

Lipi Singh has been making headlines for her role in the shooting incident that occurred at an event related to Durga Puja immersion.

Even as Munger Police had been claiming that in the incident that took place on Monday, before the first phase of polling in Munger, the fire was opened by someone from the crowd and not by the cops, Lipi Singh had been getting a lot of flak on social media for opening lathi charge and fire upon Hindu devotees that resulted in the death of an 18-year-old boy and left several people got injured.

It is pertinent to mention here that multiple conflicting videos – featuring cops using undue force upon the devotees and the locals blaming officials – are doing the rounds on social media.

WHO IS LIPI SINGH
Lipi Singh who is at the centrestage of this controversial incident is a 2016-batch IPS officer.

She is the daughter of JDU leader Ramchandra Prasad (RCP) Singh. He is a retired IAS officer (Uttar Pradesh cadre).

Lipi Singh’s husband Suharsha Bhagat is an IAS officer who is currently serving as the District Magistrate of Banka.

Now moved out on ECI orders, SP Lipi Singh claims that she was the first female police officer in Bihar’s Barh district when she was appointed as its Deputy Superintendent of Police (SDPO).

Lipi Singh’s appointment created a controversy when she was removed from the post prior to 2019 Lok Sabha Elections on the Election Commission’s directives. She was then named ASP in Anti-Terrorism Squad (ATS).

The woman IPS officer came into limelight when automatic rifle and grenades were recovered from MLA Anant Singh’s house in 2019, when the police raided the house under her command.

Lipi Singh who had earned the moniker ‘Lady Singham’ due to her approach to crimes and police investigations is now being termed ‘General Dyer’ following the shooting at Munger.